LAS CRUCES, N.M. – A New Mexico state senator said he was denied Communion at his home church in Las Cruces because of his political position.

"I was denied communion last night by the Catholic bishop here in Las Cruces and based on my political office. My new parish priest has indicated he will do the same after the last was run off. Please pray for church authorities as Catholicism transitions under Pope Francis," Sen. Joe Cervantes wrote in a tweet.

A Diocese of Las Cruces spokesperson said they would normally never discuss personal pastoral issues like this. However, since Sen. Cervantes spoke openly about it, they will too.

The diocese said their bishop’s decision to deny Communion was based on Sen. Cervantes’ voting record.

“This is a vote for Senate Bill 10, so what we would consider pro-abortion legislation, and abortion is something that goes against the Catholic teaching of the church,” said Christopher Velasquez, the communications director of the Diocese of Las Cruces. 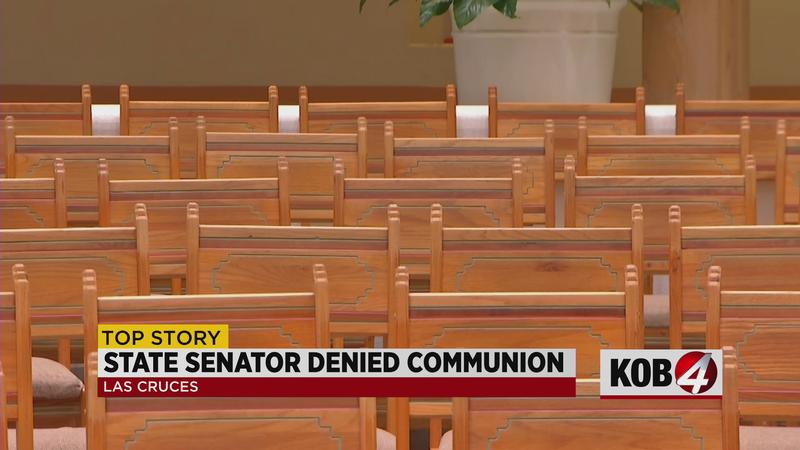 Senate Bill 10 was passed during the last legislative session, repealing the abortion ban in New Mexico. Sen. Cervantes voted in favor of the bill.

Now many are wondering if the senator would be allowed to receive Communion in the future.

New Mexico is covered by three Catholic dioceses: Santa Fe, Gallup, and Las Cruces. KOB 4 reached out to the Archdiocese of Santa Fe about their stance.

Spokesperson Leslie Radigan said the Archdiocese of Santa Fe is not banning political officeholders or legislators from receiving Communion.

"Archbishop Wester is not in favor of denying Catholic politicians Communion based on how they vote in the legislature,” Radigan said.