ALBUQUERQUE, N.M.— New Mexico’s Public Education Department will not be required test at least 95 percent of students after receiving a waiver from the federal government.

Additionally, any results will not be used to rate or grade districts, schools, teachers or students in this pandemic year.

Even though the New Mexico Public Education Department (NMPED) is urging districts to test students to the ‘greatest extent possible,’ only a small percentage have signed up.

Albuquerque Public Schools reports that less than 1% of their students plan to take the standardized test.

The superintendent for Santa Fe Public Schools said the district will test less than 200 students. 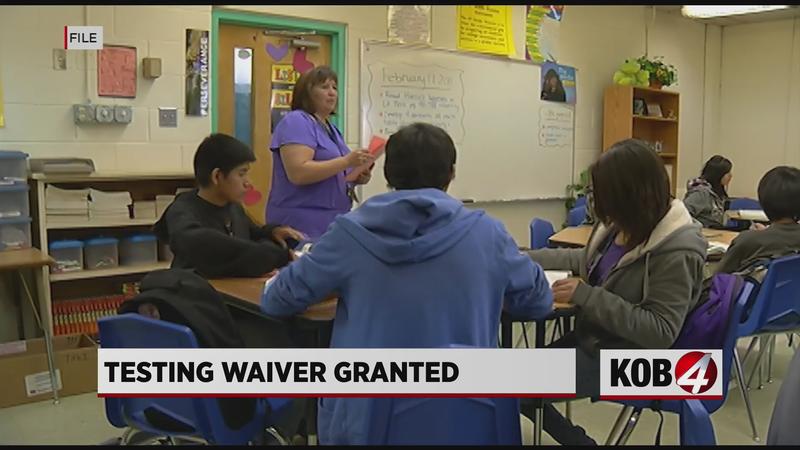 "We don’t want to just say, ‘Hey, we’re going to bring you back into test.’ That’s not ethical, that’s not good instruction, right,” said Dr. Gwen Perea Warniment, deputy secretary of the NMPED.

“So that’s probably the most important things – understanding the purpose of testing and being mindful of where the communities are,” she added.

Schools and districts have other ways to assess a student’s progress, according to the NMPED.

"Whether you like statewide assessment, you think it’s valuable, your kid likes it, it’s all a moot point because without it, for the second year in a row, we have no idea how New Mexico students are doing which means we can’t then come back and provide what they need,” said Amanda Aragon, executive director of NewMexicoKidsCAN.

“However, we are giving all of our students a formative assessment that we give three times a year so that parents, faculty and staff know where kids are, and we know where learning gaps are," said Dr. Veronica C. Garcia.

Aragon said the statewide assessment would show us where to spend the $1.7 billion that will be used for public education.