Adrian Avila, now 18, is accused of the February 2021 murder of Elias Otero – and being one of four people allegedly involved in the August 2020 shooting death of Donnie Brandon. Avila was granted pretrial release on GPS monitoring and a strict curfew by Judge Stanley Whitaker last month.

Judge Whitaker ruled that, while prosecutors had credible evidence to charge Avila for two murders, they did not prove how keeping Avila in jail would protect the community. 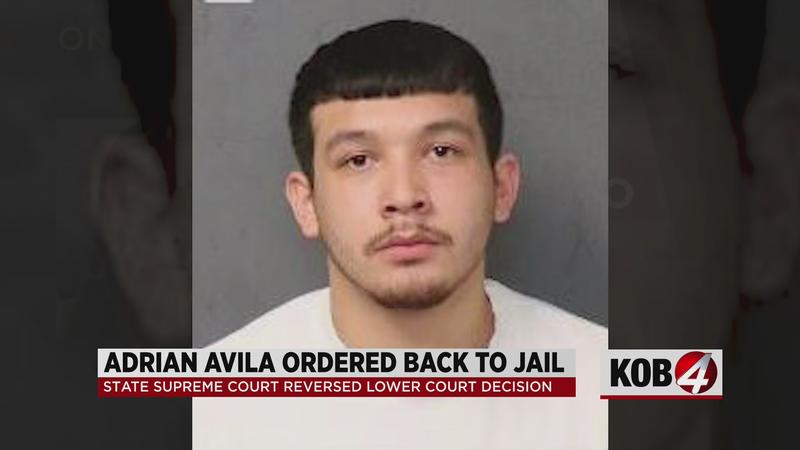 "I just can’t commend the Supreme Court enough for today’s decision,” Torrez said. “I mean, I think it was a – frankly, a decision that was a victory for the community, but it’s also just a victory for common sense."

The Supreme Court’s appeal states in part: "Conditions of release cannot reasonably protect the safety of the community. It was an abuse of discretion for the district court to find otherwise."

It also states, “the district court’s decision to release defendant placed the public at unnecessary risk."

Avila’s defense attorney, Ahmad Assed, told KOB 4 he was surprised, disappointed and somewhat disheartened by the decision. Even though he respects the ruling and the legal process, he noted that his client has not violated his conditions of release that were set back in March.

"He has never had prior conditions imposed,” Assed said. “He’s never violated conditions before. He doesn’t have a criminal history."

DA Torrez argued that presuming someone’s innocence is not the same as considering risk to public safety.

"I think there is an attempt to try to confuse those two things, but it’s been well established for many years, long before we even established, you know, the bail reform amendment here in New Mexico, that the presumption of innocence is a separate analysis from whether or not somebody presents a danger," he said.

Following the Supreme Court’s decision Friday, authorities say Avila will return to jail as soon as possible, but he is not currently in custody.

"We are awaiting instructions from the lower court – from the district court at this time, as mandated by the order," Assed said.

Alicia Otero, the mother of Elias Otero, told KOB 4 she is taking comfort in the New Mexico Supreme Court’s decision to put her son’s accused killer back behind bars.

"I was so filled with joy, knowing that the community is going to be safer, and lives will probably be saved because he is going to be going back to jail," she said. "I don’t feel that it’s a safe procedure to let people that have charges as serious as homicide out on an ankle monitor."

In a statement, Medina said:

"There is a sense of relief, particularly for the victims’ families, who have been on edge ever since this suspect was released from jail. I appreciate the Supreme Court for reaching a conclusion based on the danger to the community. This decision allows all parties to focus on the prosecution and justice for the victims who lost their lives."