ALBUQUERQUE, N.M. — May 5 is Missing and Murdered Indigenous Women and Relatives Awareness Day and the state’s task force focused on the MMIWR crisis just released a new response plan to help provide families with answers.

"My aunt is human. She shares the same air we breathe. She deserves the same respect you all live by," said Seraphine Warren, an advocate who belongs to one of those families. Warren’s family is seeking the whereabouts of Seraphine’s aunt, Ella Mae Begay, who is from the Navajo Nation and hasn’t been seen since June 15, 2021.

During this year’s MMIWR Awareness Day, Warren spoke of her frustrations with getting answers.

Families of those missing and murdered, as well as law enforcement and stakeholders. met at the Indian Pueblo Cultural Center to hear testimony and the state’s latest report. 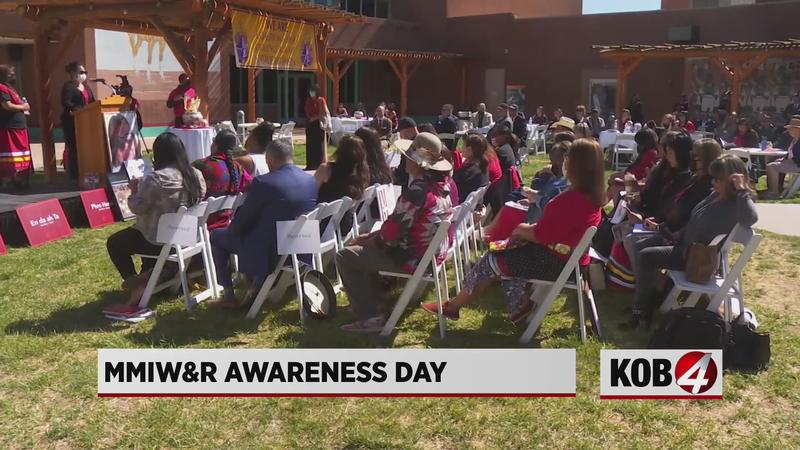 The 115-page response plan is the culmination of years of work. It’s centered on six objectives, including support services, community outreach and prevention strategies, community resources and increasing law enforcement.

"They have a voice to speak," said Darlene Gomez, an MMIWR task force member. "They’re able to speak their stories and talk about their journeys."

Gomez is an attorney for victims’ families, in addition to serving on the task force.

Ella Mae Begay’s case is just one of many in Indian Country.

According to current statistics, Albuquerque and Gallup have 71 missing and murdered cases – the highest in the U.S. – but advocates say that’s an extreme undercount.

The task force is now forming a partnership with the University of Nebraska, Omaha. The goal is to find out just how many missing and murdered cases there are. The partnership would also create a framework for long-term data collection and reporting.

Members of the task force still have to meet to see what they can do to get these objectives in this report fulfilled.