SANTA FE, N.M. – A bill to increase base salary levels for New Mexico teachers by an average of 20% – championed by Gov. Michelle Lujan Grisham – will now head to her desk for her signature.

Senate Bill 1 sailed through its final stop in the Roundhouse, passing the House by a unanimous vote Monday night after also passing the Senate unanimously.

"The teachers are really excited," said Ellen Bernstein, president of the Albuquerque Teachers Federation. "This is a huge step forward for teacher compensation and we know compensation is one of the ways, not the only way, but one way that we attract and retain teachers in our state."

"We’re down over a thousand teachers, we have so many openings, so I think this is a great bill and good timing," Bernstein said. 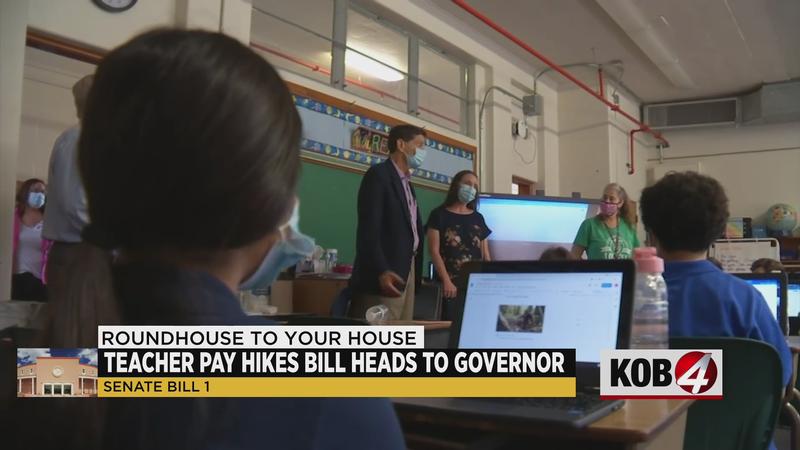 According to a fiscal impact report, New Mexico’s average teacher salary was just under $55,000 a year. That’s lower than Colorado, Texas and Utah, but higher than Arizona and Oklahoma.

"It’s going to put us from about the middle of the pack to close to the top and so that’ll make us a lot more competitive with states like Texas and Colorado,” said Mary Parr-Sanchez, president of the National Education Association – New Mexico.

She hopes during the next session lawmakers address the rising cost of health insurance for teachers, especially in rural communities.

"Because insurance really gobbles up like a lot of times the increases that an educator may get, a huge percentage of that increase goes to paying increased medical insurance costs," she said.

The ‘Buy New Mexico’ bill would: