Before the soccer players stepped out on the pitch, drag queens took center stage at the tailgate.

The Pride on the Pitch game had the usual die hard United fans, but also brought out some new fans.

"It’s like my first game. I wanted to come because I wanted to see the boys in their short-shorts. I’m like so excited," said Roan Valasca, an attendee. 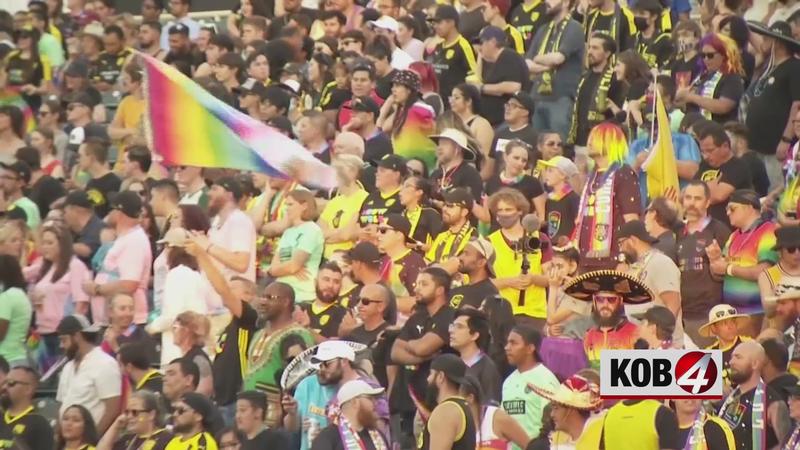 "Out showing their pride and being who you want and showing your colors of the rainbow is important. It represents so much. And just being here together, I think that’s important after being closed and not together for 2020—I think that’s what’s been important," said Miss Pride Seliah DeLeon.

Sal Cambera, with the New Mexico United fan club, said it was easy to get behind the Pride celebrations.

"We are proud to be here celebrating Pride, you know. It brings people out, and we need to support our team first of all, and support our community," he said.

It goes without saying that New Mexico United fans upheld the spirit of unity in support of the LGBTQ community.