ALBUQUERQUE, N.M. – The New Mexico United stadium was given the OK by the Albuquerque City Council to be on the November ballot.

The $50 million bond measure will go to voters in November.

Owner Peter Trevisani says the soccer team has become a symbol of hope and opportunity.

“We want to make sure that when we bring a project like this into a community, that it enhances and raises a community up and doesn’t just put additional weight on them,” Trevisani said.

But there is still a lot up in the air. The city mentioned the facility could cost around $65 to $80 million, though voters are being asked for $50 million.

The city would own the facility while United leases it in a similar set up as Isotopes Park.

“One of the things we can do and we want talk to the city, is the idea of having more skin in the game for United, so that could include maybe prepaid rent for example. So the rents paid for x amount of years, whether we’re here or not and that helps to derisk it. We put some money into the stadium itself,” said Trevisani.

Leading up to election day, the city council plans on holding many more community meetings and discussions.

“Our city is growing, we have other needs and other uses and other challenges. But while we address those things, that are long-standing, we also have to build a better future. Something for our families to be excited about not just focus on all the things we need to do better, like crime and homelessness, both of which we fully funded in the last two budget cycles,” said Pat Davis, city councilor. 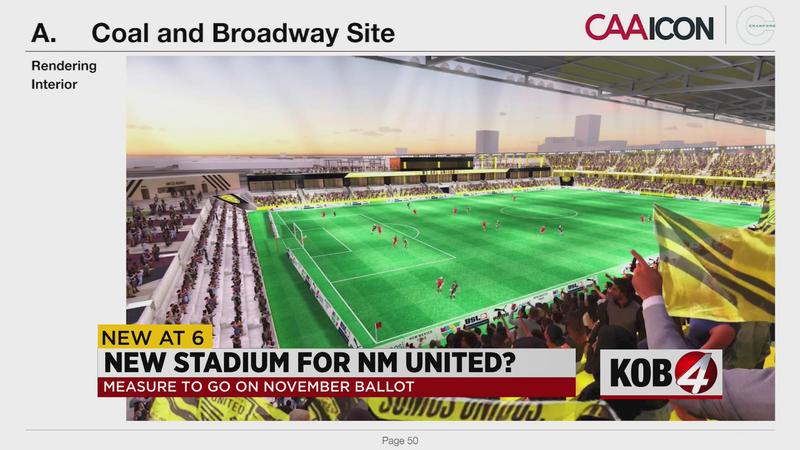