ALBUQUERQUE, N.M. — New Mexico United is bring Meow Wolf to Albuquerque – and first on the list are this year’s new limited edition jerseys.

The jerseys were designed by New Mexican artist Nico Salazar.

"He is one of the artists at Meow Wolf, he actually has his own room there at Meow Wolf which is a very similiar black and white style," said David Carl, the director of communications and fan engagement for New Mexico United. "It features a bunch of different characters all playing soccer, each of them has a back story and a name and all that fun stuff."

New Mexico United’s store in Nob Hill was even turned into a mini-Meow Wolf to celebrate the jersey launch.

"One of the key pillars of our club is combining art and sport, marrying art and sport together in a way that doesn’t really happen a lot of the time," Carl said. "You’ve got jocks and you’ve got art people and they don’t often mix, right, but if you take the time to think about it, it’s just a form of creativity in a different form." 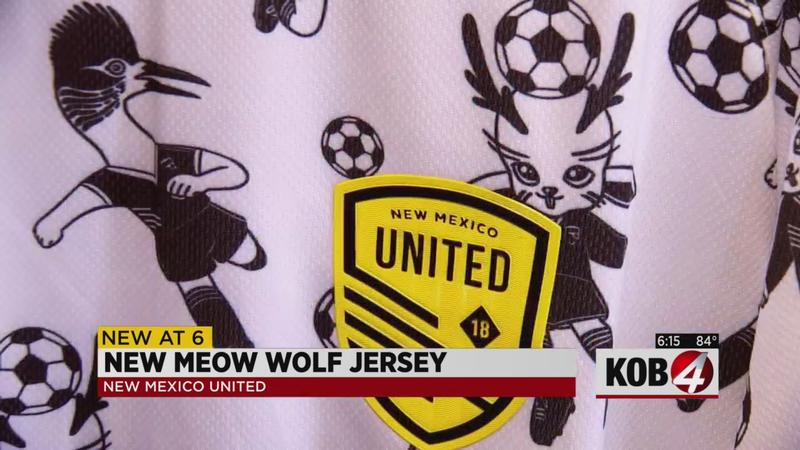 The team will be selling the special jerseys at their game this weekend. Carl said fans won’t want to miss it.

"If you didn’t get one today, make sure you get there on Saturday for the match on Meow Wolf night," he said. "It’s going to be a great experience – it’s our craziest, most weird game of the year on Saturday night."