The new stadium would cost the city somewhere around $65 to $85 million, but that doesn’t include the land.

“Right now just making sure we are in touch with those communities because it will impact people’s lives. I think in a positive, but for some maybe not so much if you have a house right there," said Peter Trevisani, owner of New Mexico United. "So we have to talk to everybody and do the best we can to not do any harm."

Fans are excited, but some people who live near the proposed sites have concerns about the impact a stadium would have.

“They came to us on Friday and said we would like to talk, but it seems it’s late in the process if they are already deciding where to build,” said Lisa Padilla, president of the Barelas Neighborhood Association. 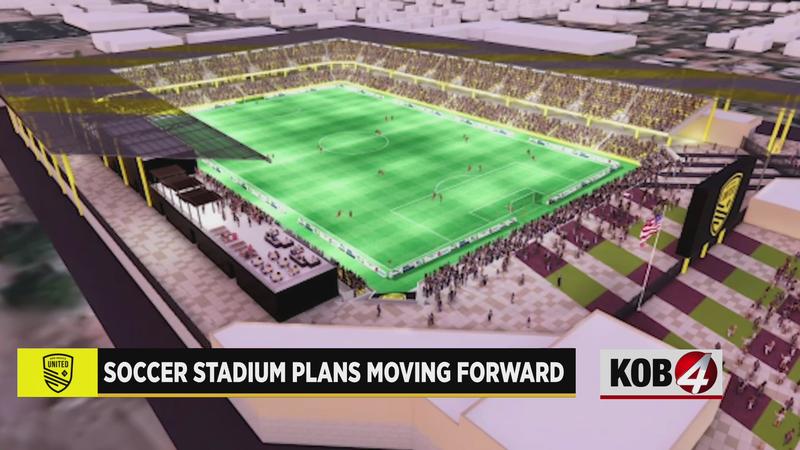 Padilla said she’s not opposed to the stadium, but she wants to see it built in a way that will also benefit her community — not just the soccer team.

“We know there would be some financial benefits of having a stadium in our backyard, but we also know there will be complications Barelas has some infrastructure challenges, as does South Broadway,” she said.

The city doesn’t own the top two building sites, and buying the land would add to the total cost. That price tag is raising concerns for folks all across Albuquerque and at the proposed sites.

“We haven’t been in the conversation and that is part of what we are hoping to be in the process of next week,” Padilla said.