New Mexico will not follow Texas; Mask mandate to remain in place

ALBUQUERQUE, N.M.- New Mexico will not be following Texas’ lead. State officials said the mask mandate will continue, and reopenings will be based on the Red to Green Framework for reopening.

Matt Bieber, director of communications for the New Mexico Department of Health, said Texas’ could impact other states.

"This isn’t a decision that states really get to make in isolation. Obviously they have the authority to do so. But it’s really best when they can consider the fates of their neighbors, and we are obviously concerned that this will have an impact on case rates and worse here in our state," Bieber said.

State officials plan to do what they can to help New Mexicans mitigate the spread of COVD-19 by monitoring cases and asking people to follow COVID-safe practices. They will also try to increase vaccine supply. 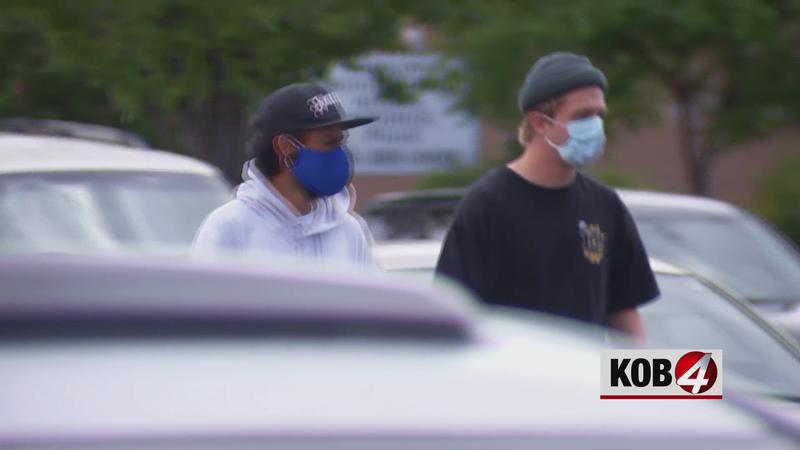 Meanwhile, the New Mexico Business Coalition wishes the administration would be more like Texas.

"The lockouts and the mandates in New Mexico have gone on for too long, and are far too stringent," said Carla Sonntag, president of the New Mexico Business Coalition. "And then, we are seeing people going to our neighboring states. Some are moving there permanently and some are going there to shop and to be able to dine out, and to have more freedom. And those are the things that the state needs to realize."

Overall, Sonntag said she is happy the state is reopening, but she would like to see even fewer restrictions given the state’s positive trends.

The Republican Party of New Mexico also called on the governor to follow Texas, claiming the governor’s medical science was merely political science.

KOB 4 asked if the New Mexico GOP could give specifics of how the governor was not following the science, but no response was given.

Despite the pressure, Bieber said New Mexico will continue to take a more measured approach to the pandemic.

"We’re just not at that finish line just yet, and as eager as we all are to get there, that doesn’t bring the day closer," Bieber said. "What gets us closer is scientifically-sound practices and public policy and smart decision-making until that moment."