ALBUQUERQUE, N.M. – A New Mexico woman is calling for change within the Catholic priesthood. There was a ceremony for her Saturday, but by church rules, it automatically excommunicates her and any other Catholic who takes part.

Anne Tropeano said she wants to spark reform in the church and is pushing for the allowance of women priests.

She goes by the name of "Father Anne," and already attended a theology school in California. While there are many denominations of Christianity that allow women clergy, Tropeano said she wants to stay Catholic.

The archdiocese did not sanction Saturday’s ceremony, the Santa Fe New Mexican reports. The ceremony was held privately at an Episcopalian church in downtown Albuquerque.

Tropeano will be holding her first services at St. Paul Lutheran Church on Sunday.

While the Catholic Church doesn’t allow female priests in its ranks, Pope Francis has commissioned a group to study the role of female deacons, but the Vatican has said that female priests are not an option. 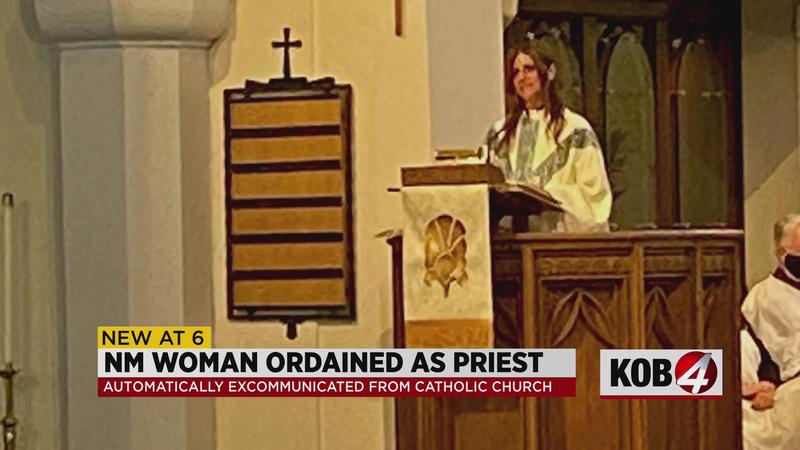