ALBUQUERQUE, N.M. – Just a little more than four months ago, more than 53% of New Mexico was in exceptional drought, the worst category.

A recent drought map was released late last week and that number has now officially dropped to zero percent. It’s been almost one year since the state has hit that number.

More than 13% of the state is still in no sort of drought classification, that includes parts of northern, eastern and southern New Mexico, and that’s because of the great monsoon that we’ve had this year.

"In comparison to what we had last year in terms of the monsoon season, I mean this year has just been night and day. Much better for a lot of areas,” said Kerry Jones — NWSABQ Meteorologist.

However, parts of western and central New Mexico didn’t get quite as much rainfall and some areas still remain in severe and extreme drought. 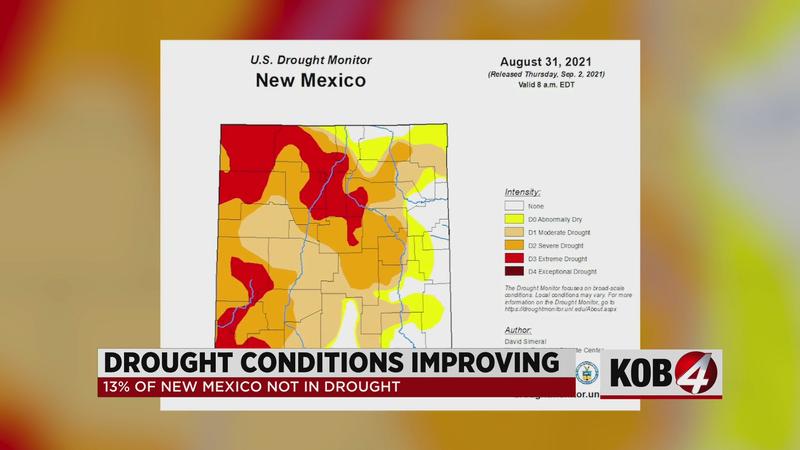