ROSWELL, N.M. — Southeast New Mexico is now getting some help in the battle against substance abuse with the opening of a new treatment center.

Renew Health, a privately funded and operated treatment center located on North Union Avenue, will treat alcohol and methamphetamine addiction. But its primary focus will be opioid addiction through medication-assisted treatment.

“This is important to the entire community. Drug addiction, opioid addiction is a real scourge, it affects families all over the state. Trent’s willingness to step into the breach and try and provide assistance and healing to these families and these individuals is a critically fine thing to do,” Kintigh said.

Carter is currently the center’s only certified practitioner. He says that when people come to his center, their treatment will begin with a discussion, where he will learn about the specifics of their addiction. 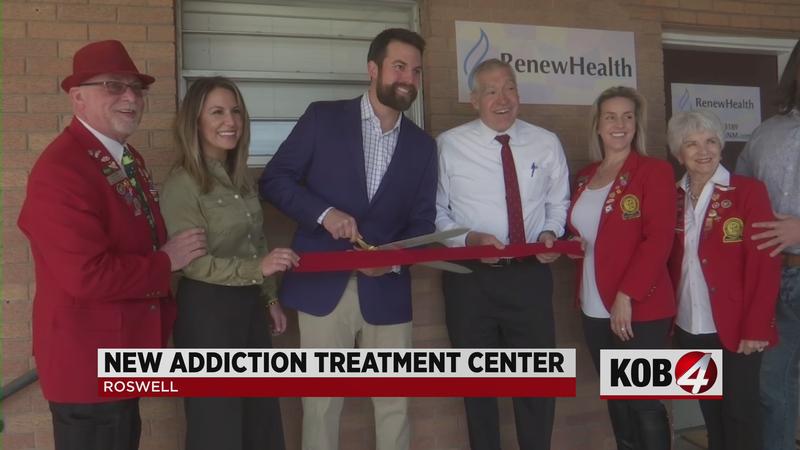 “We’re going to talk about things like how long have you been using, what have you used, how frequently do you use. And from that information I will tailor the treatment directly to the person,” Carter said.

He decided to start the center after moving to Roswell last summer. As a nurse practitioner, he often made house calls in rough neighborhoods, where addiction is prevalent.

“So I was kind of boots on the ground in these neighborhoods and in these areas where there is a lot of problems. And so I was exposed to it and seeing it firsthand. And so that is what prompted me to really start digging into it on my own to see what resources this community had, “ he said.

Carter soon found that like much of New Mexico, those resources were scant.

“So if you fast forward a few months, here we are and I decided to try to make that impact myself,” he said.

The fight against opioid addiction, Carter said, is made more difficult by the lack of medical providers qualified to provide such treatments.

“You could have 50 doctors and maybe, you know, by the numbers, you may only have just a few that even have the certification to be able to give this kind of treatment,” he said.

Now with his center open, Carter says he hopes he can start to change that.