ALBUQUERQUE, N.M. – It has been nearly two years since New Mexican author Rudolfo Anaya passed away – and now a UNM alumn has helped memorialize the ‘Father of Chicano Literature’ by directing and co-producing a play about his life.

"This play is about, yes, it’s about Rudolfo Anaya his accomplishments and receiving the National Humanities Award from Barack Obama," said Dr. Cecelia Aragon, the play’s director and co-producer, "but a lot of the larger picture is really about the human condition. What we learn from Rudolfo Anaya is writing about culture and writing about people of a specific region."

Dr. Cecelia Aragon now works at the University of Wyoming and, this year, she took part in the production of ‘Bless Me Coatlicue,’ which details Anaya’s life from the 1960s until his death in 2020.

"It’s what Rudolfo Anaya teaches us about the human condition, about love, about compassion, about challenges and struggles – and also about the disabilities that he lived with his entire life," Dr. Aragon said.

According to Dr. Aragon, Anaya has always been rooted in New Mexico. As a writer, he explored the state’s landscape – the people, culture, language, music and everything it had to offer – to truly give people a voice. 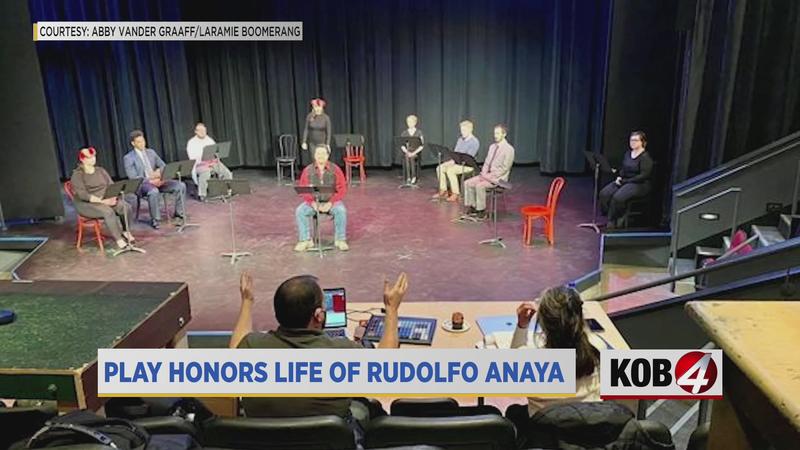 "Not just looking at the culture, but looking also the challenges and difficulties that the culture has had to take, as we evolve into this contemporary society," Dr. Aragon noted. "This fast-paced, all producing technology and, you know, the fears of losing losing one’s language and the culture."

The play was written by Professor RC Davis, who was Anaya’s colleague and dear friend.