ALBUQUERQUE, N.M. — For New Mexicans who spend years locked up behind bars, transitioning back to civilian life can be a big challenge. One of the biggest hurdles is finding a job.

However, a new state prison program is helping some inmates steer their lives toward a better future.

A new initiative at the Penitentiary of New Mexico offers a six-month training program for a commercial driver’s license (CDL).

"I think it’s ingenious and I think it’s important for people to afford some kind of trade just to be able to stay out of prison," said Robert Barragan, an inmate.

46-year-old Barragan is currently locked up on a parole violation. He was previously convicted of burglary and auto theft charges. 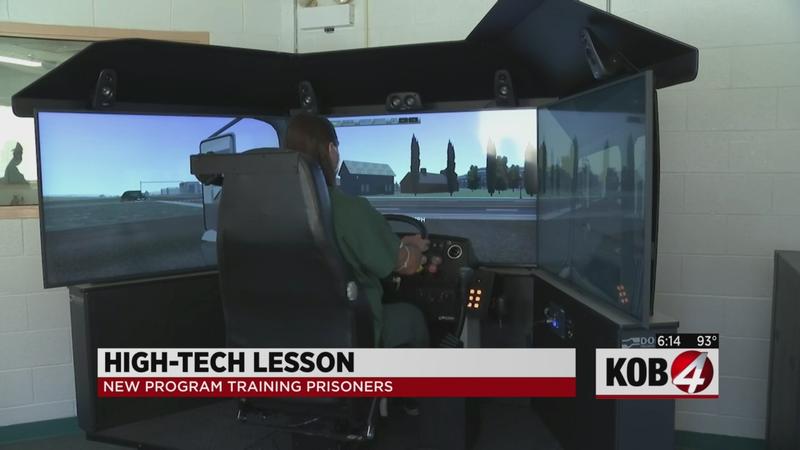 "I’ve been incarcerated since like 1993 and this is the first time I actually feel there’s a program that’s going to be able to benefit somebody. To be able to get a certificate and just afford a trade – have a CDL license and making a living," Barragan said.

"The impact on these men, even in prison, is huge," said David Bibeau, an educator with New Mexico Corrections Department.

Bibeau said the CDL program is extremely popular – with nearly a hundred inmates on the waiting list, and COVID precautions still in place.

"Smaller classes, more space between us, and we’re still doing it," Bibeau said. "We did it all through COVID and we’re still moving men toward their educational goals in any way they can."

"Being able to get out with a set of skills that’s going to afford us an occupation, and you’re going to be driving around making a living, I think that’s the perfect situation," Barragan said. "It’s time to try and participate and just try to give my effort."