ALBUQUERQUE, N.M. — Albuquerque’s plastic bag ban could soon end up in the trash. City councilor Brook Bassan is sponsoring a new proposal to repeal the city’s Clean and Green Ordinance. She says this will give shoppers more freedom.

“It’s not to say that people have to take these plastic bags, they can I remember growing up as a kid, do you want paper? Do you want plastic, you got a choice,” said Bassan.

The current ordinance was passed in 2019. It prohibits most businesses from handing out single-use plastic bags to shoppers. It was suspended for several months during the pandemic, and was reinstated in August 2021. A few months later, it was amended to close a loophole regarding the thickness of plastic bags.

Bassan’s proposal argues the ordinance forces extra expenses on businesses and shoppers. It also calls out misinformation on the environmental impact and health risks associated with reusable, cloth bags.

"How many people are actually brought washing these bags after every single use, because the bacteria and the viruses that could grow on them are arguable and some people don’t want to deal with that,” said Bassan. 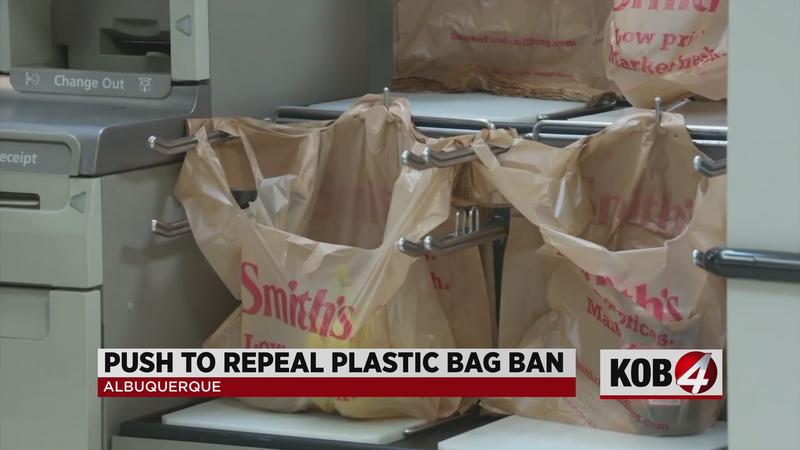 She says fully switching to brown paper bags is not a viable solution, because they required more resources to produce and transport.

KOB 4 talked to several grocery shoppers Tuesday. The majority said they do not have a strong preference, but lean towards plastic bags.

"Well I really prefer the plastic just because I can use it for my cat litter, and the paper is great too,” one shopper said.

Another shopper said she is growing to love her reusable bags.

"It’s a lot easier to get a hold of it, it doesn’t tear and crack anything," she said.

Bassan’s proposal cleared the council’s Finance and Government Operations Committee Monday night on a 3-2 vote. It’s not expected to be heard by the full council for several weeks.