New ‘Rust’ lawsuit says Baldwin had no reason to fire

Script supervisor for the film, Mamie Mitchell, is being represented by prominent celebrity attorney Gloria Allred. The suit they filed Wednesday accuses Baldwin of assault and intentional infliction of emotional distress. During a public announcement, Allred claimed what happened on set should not be considered an accident, and said Baldwin fired the gun – even though the action was not written in the script.

"We allege in our lawsuit, that the events that led to the shooting by Mr. Baldwin, of a loaded gun do not constitute simple negligence on Alec Baldwin’s part, or the producers of Rust,” Allred said. “Instead, in our opinion, Mr. Baldwin chose to play Russian roulette when he fired a gun without checking and without having the armor to do so in his presence."

Mitchell was the first to call 911 when fired a fatal shot at Hutchins. Allred claimed Mitchell was also injured by the gun that was fired just four feet away from her. "Obviously safety protocols were not followed leading to this tragedy and to the injury to her director and to her and perhaps others,” she said.

During the lawsuit announcement, Mitchell recounted her experience on the day of the tragedy, watching her friend and colleague fight for her life. 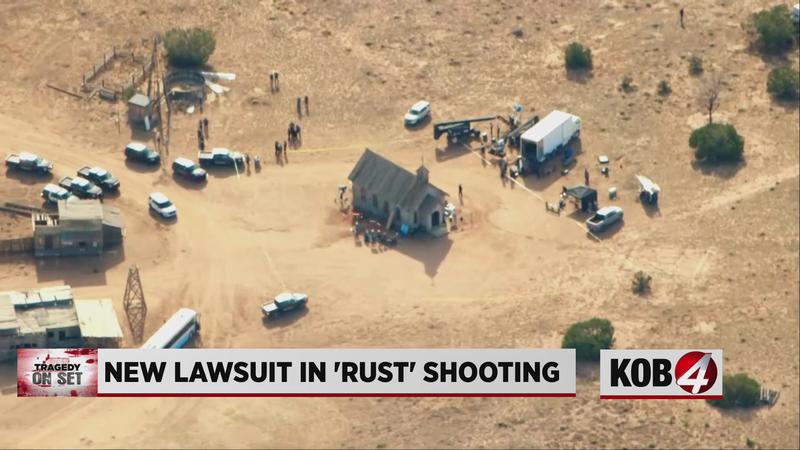 "They had some kind of large oxygen balloon thing on her face and her left hand was on her stomach,” she said. “It was blue.”

Mitchell said she could not believe what was happening. She gave an official statement to law enforcement before driving home. Just 10 minutes after she got there, Mitchell received the call that Hutchins did not survive her injuries.

"I stood in my driveway screaming,” Mitchell said. “I’ll never forget what happened on the set of Rust that day. I relive the shooting and the sound of the explosion from the gun over and over again. I’m depressed. I don’t feel safe. I feel like at any moment anything could happen to me and to those that I care about that are standing close to me. "

Baldwin and his production team have yet to respond to the lawsuit. In previous public statements, Baldwin has maintained that what happened was a tragic accident.

The "Rust" production company released a statement not long after the shooting, saying in part:

"The safety of our cast and crew is the top priority of Rust Productions and everyone associated with the company. Though we were not made aware of any official complaints concerning weapon or prop safety on set, we will be conducting an internal review of our procedures while production is shut down. We will continue to cooperate with the Santa Fe authorities in their investigation and offer mental health services to the cast and crew during this tragic time.”