AZTEC, N.M. – On Monday night, cameras at St. Joseph’s Church in Aztec captured one person writing the word “evil” on the side of the building, then walking to the nearby convenience store.

New surveillance video from that convenience store shows a man wearing a greenish hat and dark-colored shirt. Police posted the video on social media Wednesday morning to try and identify the individual – then, sure enough, he was caught and charged Wednesday evening.

“This is not the first time this has happened. We’ve had four, this will be the fourth incident,” said James Wurzbach, St. Joseph Church deacon.

The first incident happened in September when rocks were thrown at the stained-glass windows.

A few weeks later, paint was splattered at the front of the church. In October, the grotto and the St. Joseph statue inside it were burned. It’s unclear if all these incidents are related but church officials are thankful that the latest one was captured on camera.

“We can take care of the church and get that back the way it was. But hopefully, now that we have it on photograph, will be able to catch the individual and they will be prosecuted,” Wurzbach said.

Police said no other suspect has been identified in this case. As of Wednesday, the word evil has been removed from the side of the church. 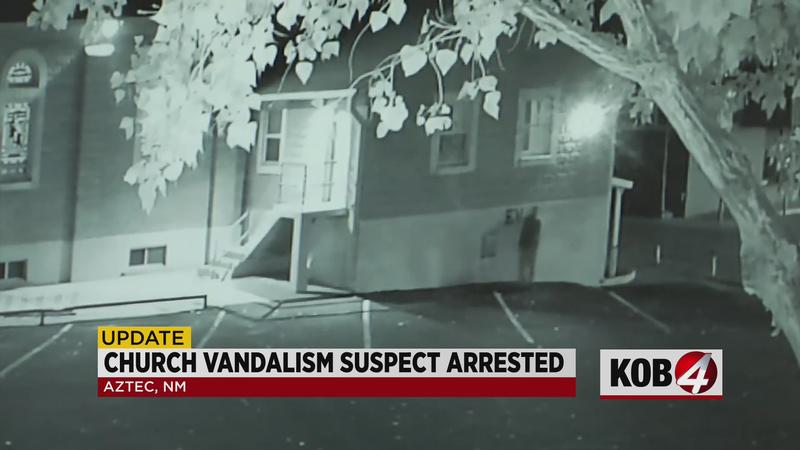