ALBUQUERQUE, N.M. – Waiting for an officer to arrive at your emergency can feel like an eternity, but a new program with the Albuquerque Police Department is hoping to change that.

That’s one of the reasons why APD is the first police department in the state to implement a new text notification system that will update 911 callers that their call has been received and an officer is on their way.

"It’s giving them minute by minute up-to-date updates as far as when can they expect an officer to arrive, even giving them information on what they should have prepared upon that officer’s arrival," Atkins said.

She also said people can then fill out a survey to let the department know their thoughts on the response and if there were any issues. 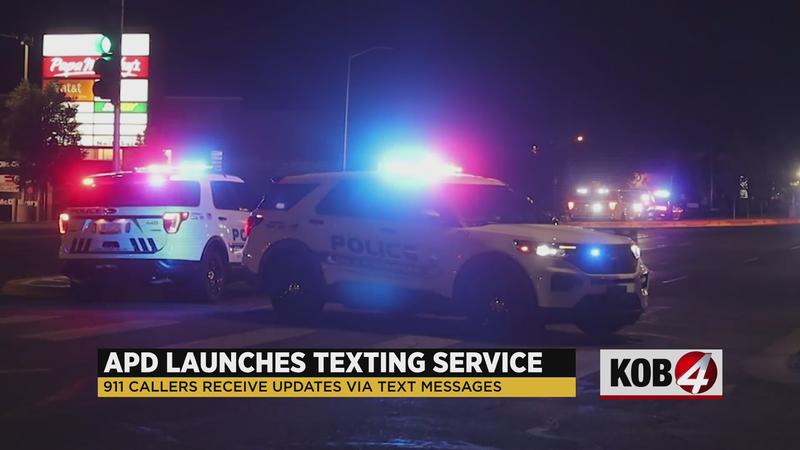 The department partnered up with a company called SPIDR Tech, which currently has these same systems with more than 50 other public safety agencies in the United States and Canada. APD hopes this new system will alleviate the stress callers go through by knowing when someone will arrive and also free up dispatchers.

"If they are not getting someone right there right then, they might hang up and call again and that can tie up the lines so this really hoping to avoid some of that," Atkins said.

It brings up an ongoing issue of people calling 911 not getting a dispatcher right away. It’s something KOB 4 reporter Giuli Frendak and others experienced Monday during a homicide when they tried calling 911 but couldn’t get through right away.