TAOS, N.M. – The family of a 22-year-old-man who died from an avalanche in Taos launched a foundation to fund avalanche search-and-rescue dogs. Now, the Taos Ski Valley has a new four-legged savior on the slopes: Finn.

At just six months old, Finn, a golden retriever, is still learning to be an avalanche dog.

"Getting to and from work is a lot of training," said Zack Anderson with the Taos Ski Patrol, who is working with Finn. "Riding a snowmobile, he’s been really good with it. But, that’s pretty weird, not a lot of dogs are used to that."

Finn is one of a kind. He is the first dog purchased by the Corey Borg-Massanari Foundation.

"They have a tough job, I mean, I think a lot of people don’t realize the dangers that they face and what they actually really do,” said Bobbie Gorron, Borg-Massanari’s mother.

100 people jumped into search and rescue efforts after an avalanche buried two men at Kachina Peak. One of them was Borg-Massanari.

"I remember pausing and I was like, ‘What?!’ And he said Corey was in an avalanche, and that is the last thing I remember for a while," Gorron said.

It was Izzy – Tao’s most experienced avalanche dog – who ultimately found Borg-Massanari.

Now Borg-Massanari’s mom, Gorron, runs the foundation with the goal of bringing avalanche dogs to ski resorts across the country.

"For us, there’s a big meaning for Finn. Finn stands for a lot. Like Zack said, he said, ‘I understand Finn is kind of the face of the launch of the foundation in a way,’" said Gorron.

"I know that they’re going to do great and I know Corey is just, really excited about it. Corey loved dogs, he loved skiing, so it’s just kinda perfect,” Gorron said. 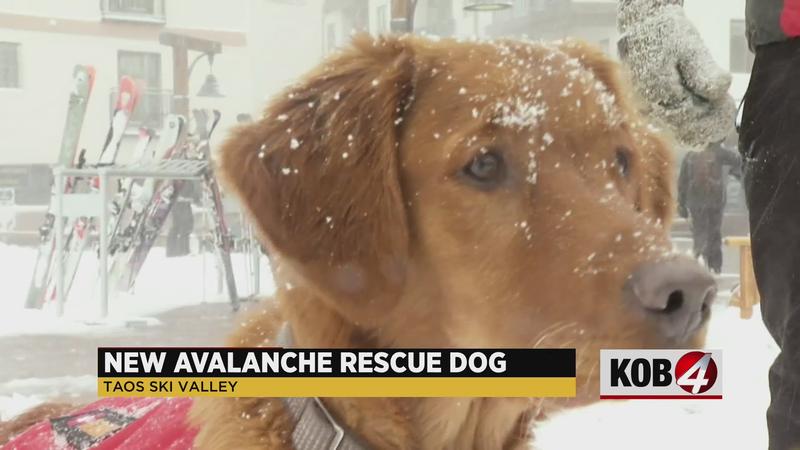