New unit will focus on missing and murdered Indigenous women

ALBUQUERQUE, N.M. – Since 2014, more than 660 Native Americans have been reported missing in the U.S. Nearly half of those cases involve women and a majority are being investigated in New Mexico.

New Mexico has the fifth largest American Indian and Alaska Native population in the country. Data shows these two communities experience violence at more than twice the national average.

"Murder is the third leading cause of death for American Indian, Alaska Native women age 15 to 34," said Lynn A. Trujillo, the cabinet secretary for the New Mexico Dept. of Indian Affairs.

Albuquerque and Gallup are among the top ten cities in the U.S. for missing and murdered Indigenous women cases.

"This crisis has its roots in colonialism and racism, and is perpetuated by indifference and silence," Trujillo said. 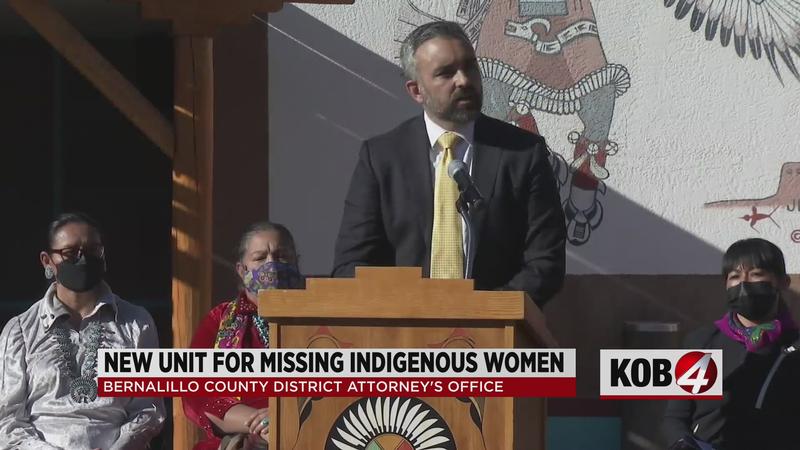 That is why Bernalillo County and state officials signed a memorandum of understanding Thursday. They also announced a new subunit within the DA’s office, dedicated to solving hundreds of MMIW cases and raising awareness for violence against Indigenous communities in the process.

"We have already dedicated one analyst who will be looking at historical crime data to try and understand the historical patterns related to human trafficking and the intersection between the movement of these women out of Indian country and into Bernalillo County and the streets of Albuquerque," District Attorney Raúl Torrez said.

The DA’s office said it plans to hire multiple investigators in the near future to help with data analysis. Officials also plan to create new software to help store information, break it down, and share it with other law enforcement agencies that may be able to help with open cases.

"We need to dedicate the same level of attention and resources to women of Indian country that we do to all women in this country,” Torrez said. “And the key to doing that is sharing information with law enforcement professionals in real-time, within hours or days of the event because that’s how you recover these women, and that’s how you prevent violent crime."

Officials said this subunit is only a small step, but will pave the way for more resources and strategies down the road. The MOU signed Thursday, is valid through December 2024.