ALBUQUERQUE, N.M. – People are learning more and more about the Native American boarding schools and its impact on communities.

But a new position at the state level aims to provide more language and cultural integration support to try and undo some of that damage.

“This position was specifically asked from the tribal leaders across our state,” said Archuleta.

The goal is to provide tribal leaders with consistent communication and make sure that the state is supporting each communities’ unique needs.

“There’s 23 tribes, Pueblos and nations in our state and every community is different in how they approach I think, prenatal to five, education and there’s different services that are provided across our state in their tribal communities," Archuleta said.

For example, some have head start and some don’t. Same with childcare. Archuleta’s goal?

“That we’re meeting their vision, their unique vision and mission when it comes to their prenatal to five population and how they want to educate and care for their children in their communities.

A mom herself, Archuleta said she didn’t pick the job as much as this role chose her.

She said it’s that experience as a single mother that gives her perspective about what families need.

“Stepping back 16 years ago, I was a young mother, so I went through the system I have been on both ends. I’ve been both in the system and also helping now to make any changes and ensure there’s equity in our system.”

With more resources, more access and the right foundation to help infants toddlers and their families thrive.

“Some of my goals are that we have a dedicated and consistent funding stream when it comes to tribal early childhood education and care,” said Archuleta. 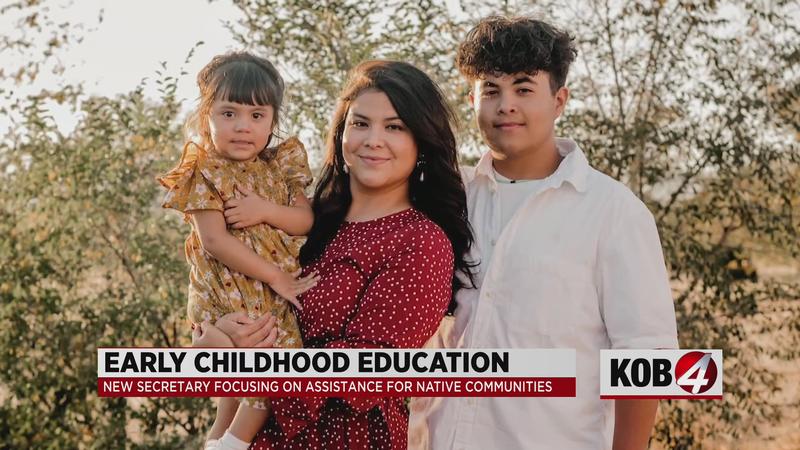