ALBUQUERQUE, N.M. — The New Mexico Black Voters Colaborative will be hosting a livestreamed forum with the state’s CD-1 candidates Tuesday from 6 p.m. to 7:30 p.m.

Democrat Representative Melanie Stansbury, Independent Aubrey Dunn, Libertarian Chris Manning and Republican Mark Moores all have their eyes on the seat. The special election is coming up on on June 1.

"They all seem really qualified for the position, and we’re just looking forward to learning more about what changes they would make and how they would be an effective representative of New Mexico CD-1,” said Mason Graham, a member with the NMBVC. “The main goal of this event is really to be able to ask some of the harder questions about issues that are very relevant right now in New Mexico, and in the entire country."

Some of the topics are police reform, civil rights, social justice and election protection.

"It’s often that Black people and also the Asian community do get left out of that conversation when it comes to governments, when it comes to legislature,” said Graham. “Our issues and the things that matter most to us don’t typically get a place where they can be heard."

Sen. Moores canceled his appearance at the forum. His team sent this statement that reads in part: 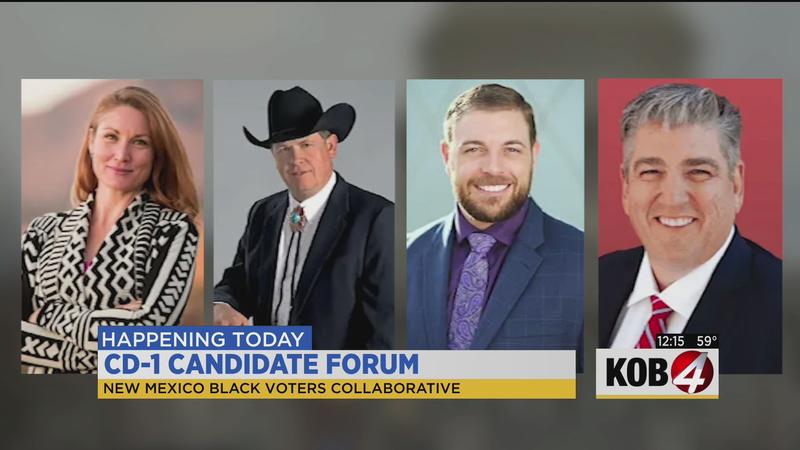 "The Moores for Congress campaign has participated in, or agreed to participate in 7 forums and debates by June 1.”

Cathryn McGill, the President and CEO of the New Mexico Black Leadership Council, sent a statement in response to Moores’ statement:

“The NM state flag celebrates ‘perfect friendship among united cultures.’ The New Mexico Black Voters Collaborative is proud of the multicultural coalition we have assembled to demonstrate what a united New Mexico could look like. We are so grateful to the candidates who elected to join the NMBVC coalition in that spirit of unity.”