ALBUQUERQUE, N.M. — Amid calls from the governor and many in the community, 18 New Mexico House Democrats released a list of proposals Thursday aimed mostly at reducing gun violence, laying out the kind of bills they think the legislature should pass in the next session.

The announcement is, in some ways, unusual. It’s early for an agenda release, and this January there will be a shorter session (30 days), which often doesn’t cover much besides the state budget.

“We must have a legislative response even though it’s a governor, 30-day session. Normally you wait until the next 60 days to run your bills. We’re not waiting. We’re putting these ideas on the table, and we’re going to do everything in our power as a citizen legislature to lower the crime rate here in New Mexico,” Maestas said.

Below are the details on the proposals released Thursday, which cover crime prevention, supporting law enforcement, pretrial lock up and penalties. 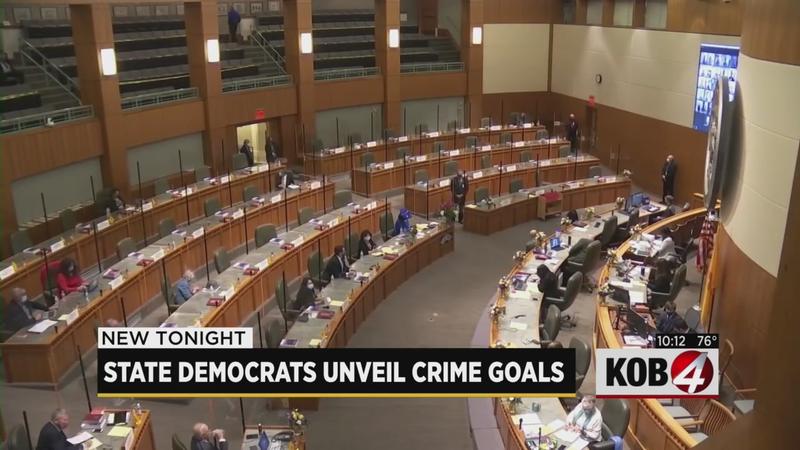 On pretrial detention, these House Democrats are joining the calls for more people accused of violent crimes to be locked up before trial, though any changes would have to come from the courts.

In one example, Devin Munford was arrested, accused of shooting outside a car, released, and a few months later police say he shot and killed a man.

“The culture of that agency needs to change to be more 24/7,” Maestas said.

Regarding harsher penalties, these Democrats want an increase to the possible sentence for second degree murder, from 15 years to 18.

There are gun control proposals, including penalizing owners for not safely storing their guns, an idea which has growing support after police say an Albuquerque middle school student shot a classmate last month.

These lawmakers are also joining the governor’s calls for more funding for police departments, including for recruiting and higher pay.

As we’ve reported, there’s a massive influx of cash projected in our state, which may factor into decisions in the legislature.

“The dollar signs are not going to inhibit us. We need to do everything in our power to lower violent crime here in Albuquerque,” Maestas said.

He believes the ideas should have Republican support, but statements sent to KOB 4 Thursday leave that unclear.

Republican Party of New Mexico Executive Director Kim Skaggs called the proposals “weak” and “vague,” and said the GOP has put forth plenty of proposals.

“They (Democrats) turned their heads and consistently tossed legislation into the trash bin,” Skaggs said.