ALBUQUERQUE, N.M. – New Mexico’s leaders are fighting for more resources to bring relief to the thousands of New Mexicans affected by wildfires.

Sen. Ben Ray Luján shared his frustration with the U.S. Forest Service’s role in starting the Hermits Peak Fire, which now, combined with the Calf Canyon Fire, is the largest active fire in the country.

"I know that week, where I live, my brother was going to burn the acequias as we were cleaning it, and so sometimes you burn that vegetation off, so you can get a cleaner cut with that shovel,” he said. “Well, we were told by the local fire department, no burning, there were fire restrictions."

That was the same week the Forest Service started a prescribed burn in Santa Fe National Forest, which has since grown out of control to more than 160,000 acres.

"It makes zero sense to me, and this is also something we have to get to the bottom of,” Sen. Luján said. “I’m terrified that this is the new normal with wildfire behavior across the West."

He added that state leaders are doing everything they can to hold the federal agency accountable.

"There is a real federal liability here," said New Mexico Governor Michelle Lujan Grisham in a recent interview with KOB 4.

Congresswoman Teresa Leger Fernandez sent the Forest Service a letter, asking if there has been an investigation, what protocols are in place to prevent a controlled burn from getting out of control, and when those protocols were last updated.

Sen. Luján said lawmakers on Capitol Hill are in the process of making changes as well.

"There are a few pieces of legislation that the members of the delegation are working on," he said. They specifically aim to change how the federal agency decides an area is safe for a prescribed burn.

"Who allowed that fire to take place and everything, that I’ve been told, is that when that decision was made to do the prescribed burn, that based on the model, it met the parameters, it was that it was safe—well, clearly, it wasn’t!"” Sen. Luján said. "One thing that doesn’t make any sense to me is we have a federal agency who’s responsible for weather predictions NOAA, why wouldn’t we just use their weather predictions to be able to make decisions like this as well, that’s just one example."

The senator also said FEMA and emergency declarations have to change, so states like New Mexico, with larger counties and smaller populations, are not competing with others for resources and financial relief.

"Because of the large geographic size of our counties, oftentimes we don’t hit what they determined to be the amount of damage financially for a federal emergency to kick in," he said. "In the end, the families in all of these communities across New Mexico cannot be forgotten, as everyone is working to make sure that they are taken care of and they have the support they deserve." 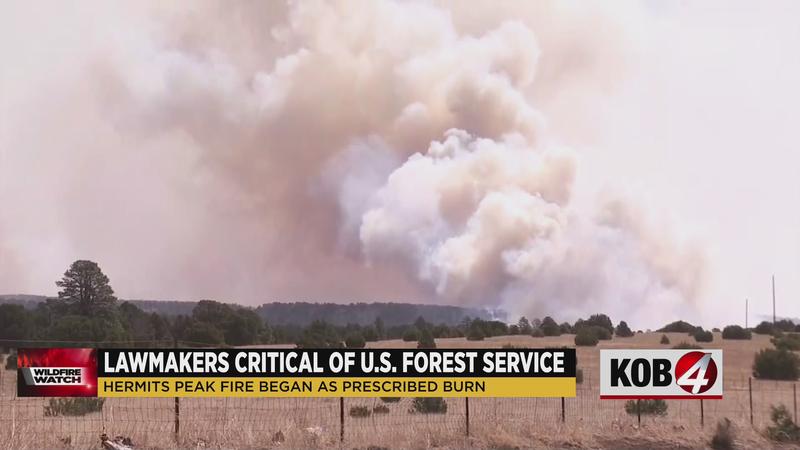