SANTA FE, N.M. – Anyone following the inner workings of New Mexico politics – knows there’s been a rift between state Sen. Jacob Candelaria and Senate Pro Tem Mimi Stewart for a while.

Now Candelaria, a former Democrat turned Independent, is suing his colleague, claiming she retaliated against him and violated the state’s Human Rights Act.

"What I’m really out for here is to send a clear message that no matter how elite or powerful people believe themselves to be in state government, no matter where they are, they have a responsibility to the law," said Candelaria.

Candelaria – a lawyer himself- filed the suit this week. He claims this started with how Stewart handled an investigation into comments made by the executive director of a state legislative committee.

Last summer, Rachel Gudgel was accused of workplace discrimination – on the basis of race and sexual orientation. Candelaria claims Stewart approved an investigation into Gudgel’s comments, but never shared the results.

"When supervisors and agency heads across government see discrimination going on but do nothing to stop it and worse yet, empower it, embolden it, continue to support it, that is also unlawful," said Candelaria.

Candelaria was very outspoken, including on social media, about how Stewart handled the case and claims that’s when Stewart retaliated.

The suit states Stewart emailed Candelaria a month later to say in part:

"She was moving his office in the Roundhouse from the ground floor with a window to a less desirable location on the third floor without a window. At this time, she was moving his seat on the Senate Floor to a less desirable location in the front row. These are petty forms of retaliation, but they’re illegal. Where your office is, and where your seat is not an insignificant matter. It typically comes with years of seniority and it matters a great deal for a whole bunch of reasons."

He’s asking Stewart to admit she failed in her responsibilities, and resign. If she doesn’t, he plans to take this case to a jury.

"She violated the law, she needs to be held accountable," Candelaria said.

KOB 4 reached out to Stewart for a response, a representative told us the senator cannot comment on any pending legal matter at this time. 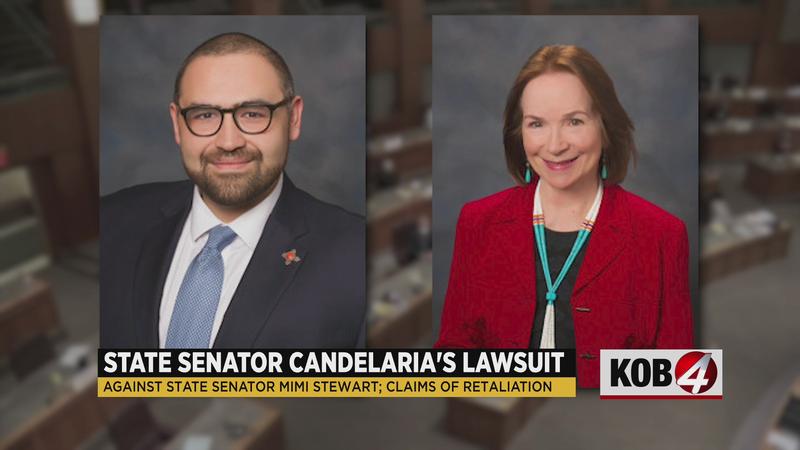