Sapphire Persinger plays Star, the lead role in "Whispers in the Wind," a film bringing attention to missing and murdered Indigenous women.

"Our sisters are warriors and we have to use our voice for the voiceless," Persinger said, "so being able to be a main character in the situation was really empowering and I think that it’s something that needs more attention."

In the movie, Star’s sister is missing.

"I was lucky enough to even have my real sister play that role," Persinger said. "So I felt even more of this personal connection, having my real-life sister be my sister in the film, looking for her throughout the entire film and it leads to a lot of crazy stuff that I go through." 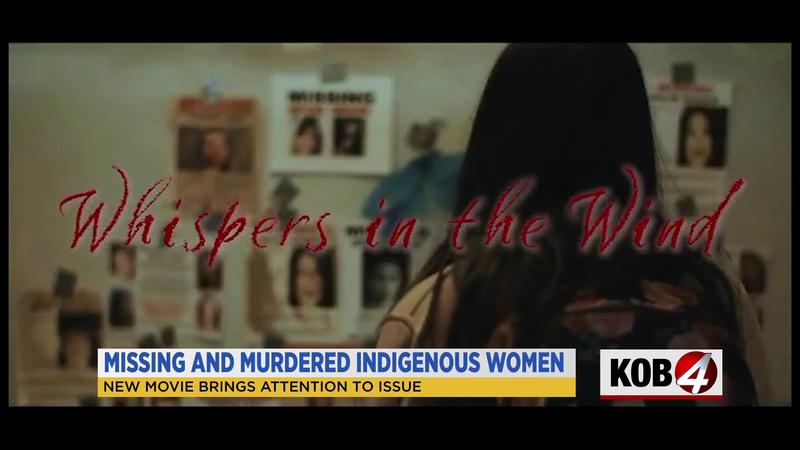 It’s a story sadly so many know too well, including those who worked on the film.

"My mother was missing for about four months when I was 11 years old," remembered Ernie Stevens Jr., the National Indian Gaming Association Chairman. "She came back to us, and I remember the day. I was watching her get out of the car and, to see my mother again, it was just such a beautiful day and my mother remains in my life. She’s helped me through a lot."

"When my daughter was about 16 or 18 years old, in Lincoln, NE, some guy grabbed her off the street and stuck her in the back of his truck," director Ricky Lee remembered. "Luckily she used to wits and her brains and was able to escape unharmed."

"I grew up with just the absurd amount of abuse that went on with women – My mother included," Director of Photography Orlando Skidmore said. "My auntie was also murdered, when I was a baby, by her husband."

Together, they’re bringing attention to concerns about missing and murdered Indigenous women by putting this story on the big screen.

"It’s a mostly Native crew and Native cast," Lee said. "I think that what we did in the morning with our prayers will show on the screen because there were moments where I was directing and Orlando was filming and Sapphire was acting where we all were crying."

"We would smudge the set with sage in the morning before shooting and offer our thanks and prayers – and that doesn’t happen on other sets," Skidmore said.

They hope, as more people watch Whispers in the Wind, more will be done to protect this community.

"The women are so, so powerful and so influential," Stevens Jr. said. "When they’re lost, then we’re lost."

The film will also be available to stream.