ALBUQUERQUE, N.M. — New Mexico United announced they will be limiting capacity at their home games starting in September.

The owner of the soccer team, Peter Trevisani, said this move was made out of an abundance of caution as the Delta variant continues to spread.

Fans used to packing into Isotopes Park for United games will now have a little more wiggle room.

“Reducing capacity by a third we can keep people socially distant which is the best way to try to keep people from catching COVID,” Trevisani said.

On Sunday, United announced they will be capping the capacity at 66% — that’s roughly 9,500 seats. This restriction will last through September and then they will reevaluate their policy. 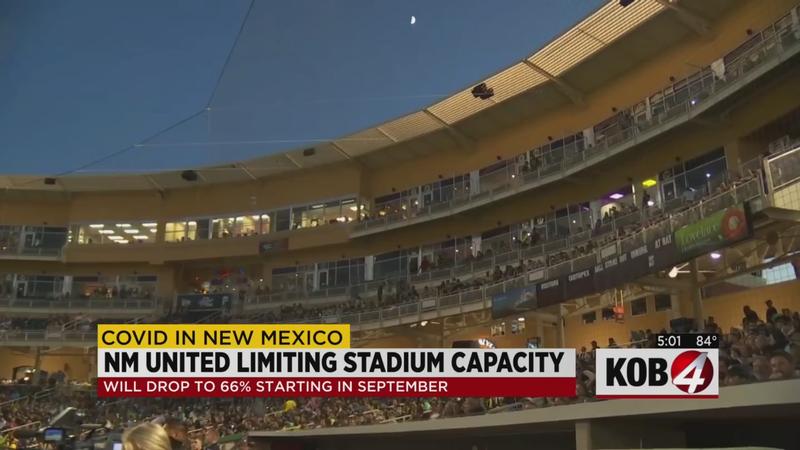 “If something changes dramatically one way or another we will adjust accordingly the same thing we have been doing for the last two years,” Trevisani said.

Working through the initial pandemic and now the Delta variant, Trevisani said his goal has always been keeping fans and players safe.

“Hopefully people see it as a positive and a way we can respect each other and look out for each other,” Trevisani said.

Along with reducing capacity, United is strongly encouraging their fans to wear masks when they are walking around the stadium, but they are not required.

KOB 4 also reached out to the Albuquerque Isotopes about capacity for their games, but we have not heard back.