ALBUQUERQUE, N.M.- The owner of New Mexico United said a new stadium in downtown Albuquerque could open the door to a professional women’s soccer team.

"New Mexico United always has been about more than just a men’s soccer team. It’s about creating positive outcomes for our entire community, so what we want to do is activate the men’s team, and obviously it’s fully activated. We also want to bring a professional women’s team here, so we’ve been in discussions with the NNWSL with the USL about the feeling, that dream. I think tying in the stadium in the programming around the stadium– if we have a facility for them to play, and I think that’s in the cards coming down the road in a few years," said United Owner Peter Peter Trevisani.

Trevisani said the potential for a women’s soccer team is already generating excitement in New Mexico.

"I think, per capita, New Mexico has some of the best soccer players in the country. We are a small state with amazing players. Can you look at the women’s program here from the Lobos to the club system, there are some tremendous players and we need to create a pathway for them to get to the professional level, to get to the national team," Trevisani said. 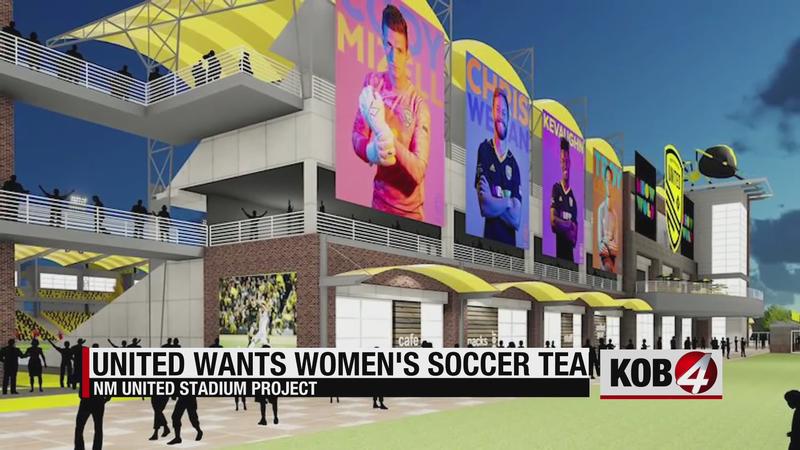 Heather Dyche, coach of the UNM soccer team, said it would be a big deal for United to launch a professional team in New Mexico.

"I think what New Mexico United has done in creating the pathway, like an elite pathway, for young men in our community has been huge, and the idea that we can do the same thing for women, I think, is necessary and important."