NMDOH: 3% of COVID-19 vaccines administered in NM were Johnson & Johnson

ALBUQUERQUE, N.M.- The pause of the Johnson & Johnson COVID-19 vaccine rollout is not expected to have a major impact in New Mexico.

"Only 3% of all the doses administered in New Mexico, so far, have been Johnson & Johnson, so 3% is not a meaningless number, but it’s a small number, a small percentage of our overall administration," said Matt Bieber, communications director for the New Mexico Department of Health. "We’re going to keep chugging with Pfizer and Moderna.”

Bieber said people who were scheduled to receive the one-dose Johnson & Johnson vaccine will be offered the two-shot Pfizer or Moderna vaccines.

"This is going to be, I think, in retrospect, hopefully, just a hitch in our stride– not something that really diminishes our progress in any meaningful way," Bieber said.

In Albuquerque, Mayor Tim Keller said 47% of people 16 and older have received at least one shot. He added that about 28% are fully vaccinated. 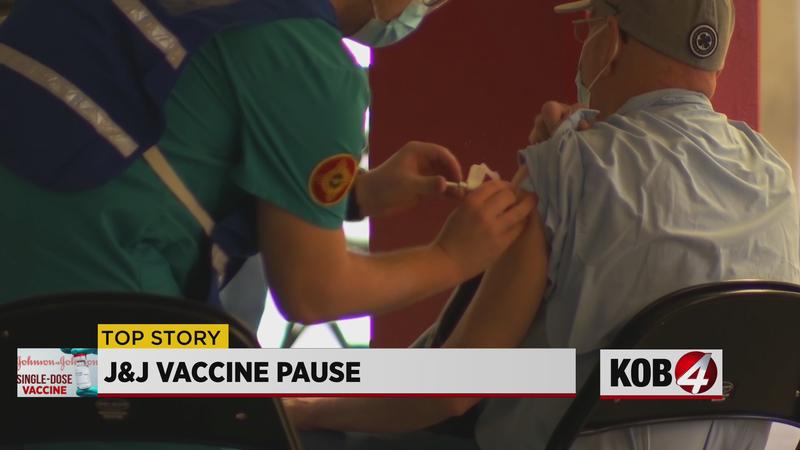 The city also reports it saw a 12% increase in vaccinations in the last week.

Keller said he doesn’t believe the pause in the Johnson & Johnson rollout will slow down the progress the city is making.

"There are plenty of Moderna and others in the system that we’re able to actually roll out, so we don’t anticipate it having a big impact on folks other than, of course, you have to go twice for the other ones," Keller said.

The New Mexico Department of Health said there have been no reports of blood clots in people who were vaccinated with the Johnson & Johnson vaccine in the state.