ALBUQUERQUE, N.M. – KOB 4 took some of your questions straight to New Mexico Department of Health officials. Tommy Lopez listened in on a COVID-19 update with state officials.

Some New Mexicans have had a difficult time scheduling COVID booster shot appointments. State health officials said that is happening, and they’re working on it. Specifically, people said they can’t easily get an appointment near where they live.

Officials said some pharmacies do have limited availability each day, and they’re trying to work with pharmacies to open more slots, especially now that younger children can get the shots.

With the uptick in COVID-19 cases, did the Balloon Fiesta play a role? Health officials said it hasn’t. New Mexico did have a ton of people flood Albuquerque, but they don’t have any evidence Balloon Fiesta has been a large driver of case counts in the state.

Do health officials have an answer as to why there’s an uptick? Nothing clear-cut, they said there are probably a lot of factors. In the last few weeks they’ve been talking about waning immunity, meaning that, because New Mexico got vaccines out so early, many people could be losing that defense against COVID — another reason why booster shots are so important.

Officials announced two major new programs Wednesday aimed to help students and hospital staff. One is meant to keep children in school, even if they’re exposed to someone who tests positive for COVID.

It’s called "Test To Stay," state educational officials said students can avoid quarantining at home by testing 1, 3, and 5 days after the possible exposure, and parents can opt out. This is fueled by millions of federal dollars, and is set to start soon in some schools, and in three to five weeks in others.

And the other initiative will bring nearly 200 more health care workers to hospitals across the state. Federal funding is making this possible. State health officials named San Juan Regional Medical Center in Farmington as having a particular need, but all hospitals continue to be overwhelmed, they said. 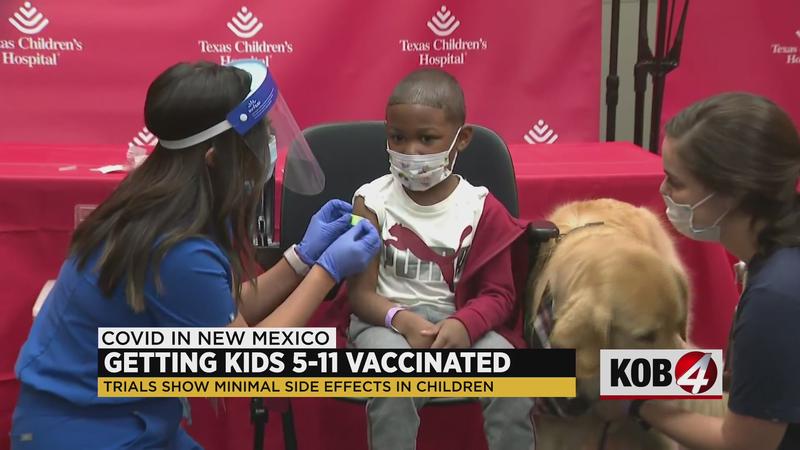