ALBUQUERQUE, N.M. — New Mexico has been making national headlines recently for its success in vaccine distribution. However, NMDOH is still working to close the gap among certain minority groups to ensure vaccine equity.

For many ethnic groups, around 40% to 50% of people have received at least one dose of the vaccine. That includes Native Americans, Asian and Pacific Islanders, and white people. For African Americans, however, that number is much lower.

Around 26.3% of African Americans have received their first dose in New Mexico. For Hispanics and Latinos, who make up about a third of all people in New Mexico, that number is 32.1%.

The state is working to make sure misinformation or lack of access to information isn’t to blame for the vaccine disparity among ethnic groups.

"We know that there are different forms of hesitancy, different questions that people have about vaccines and different rumors circulating in different areas of the state,” said Matt Bieber, director of communications for NMDOH.

When asked how they are addressing people’s concerns, NMDOH pointed to the Office of Health Equity (OHE). The OHE regularly hosts town halls with different racial and ethnic groups.

“All those deserve to be heard with respect, really listened to, and then given a meaningful response through dialogue,” Bieber said.

NMDOH is also using social media and their website to convince people who may be on the fence through their Trusted Voices campaign.

The campaign highlights New Mexicans from all walks of life to share their experiences of signing up for, and receiving the vaccine.

“We know it works really well when folks can hear from people they know and that look like them and that they trust,” Bieber said.

The goal is to get all New Mexicans vaccinated so people can finally settle into the “new normal”. 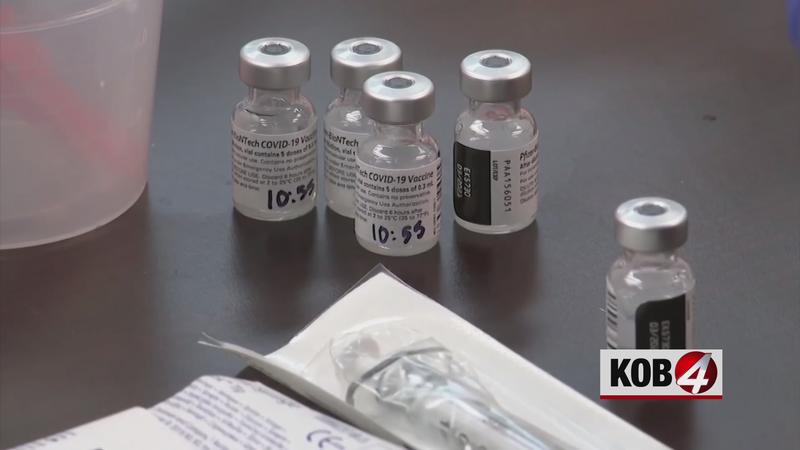