ALBUQUERQUE, N.M. — NMDOT crews are continuing to clear the roads along I-40 east of Albuquerque after the area was hit with a winter storm Saturday evening.

NMDOT has categorized some stretches of eastbound I-40 as “severe driving conditions”. An NMDOT spokesperson said the wind gusts have been making it difficult to clear some areas because the salt and cinder mixture designed to increase traction is being blown off the road.

One semi crash was reported earlier Sunday, according to county deputies. The crash caused a temporary closure of westbound I-40.

"We’ll, it’s been a crazy storm to say the least. We’ve been out in full force all night, and with the heavy winds and low dropping temperatures, it’s been non-stop for these guys,” said Kimberly Gallegos, District 3 public information officer for the New Mexico Department of Transportation.

"We’ve had a couple crashes today. We’ve been putting it up on the boards to take it slow and to reduce speeds and use extreme caution. However, there’s still people that are out there exceeding the speed limit and still thinking they can drive normally on the interstate,” she added.

People are advised not to travel unless it’s absolutely necessary.

NMDOT crews will continue to treat the roads overnight. They said conditions should improve by Monday. 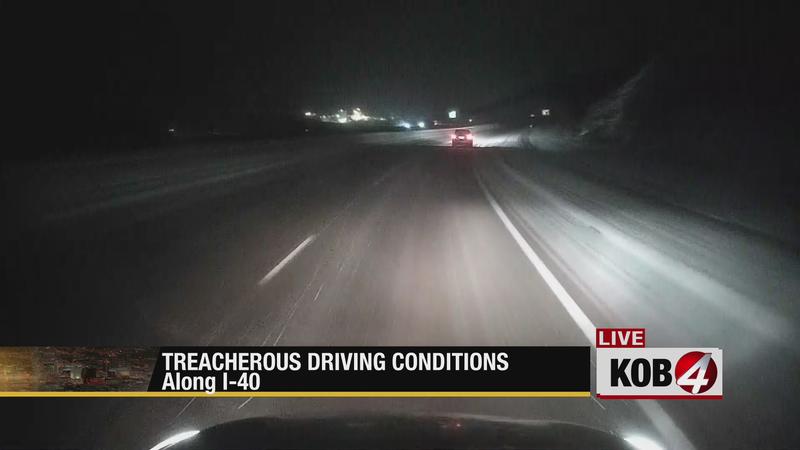