ALBUQUERQUE, N.M. – State leaders are hoping a new campaign will keep drunk drivers off the roads. The Department of Transportation is trying to strike a nerve – and we should warn you parts of the ad are intense.

A sobering look at the devastation caused by drunk driving, that’s the goal of this new ad campaign from the New Mexico Department of Transportation.

But this time, the department didn’t want to sugarcoat the tragedy of drunk driving and that includes showing it on screen.

"I think it really needs to hit home,” said Maez. "You could destroy a whole other family or someone else individually. I mean, so that’s really what we’re trying to convey"

The new ad campaign launched this week on TV, radio, and social media – just ahead of St. Patrick’s Day.

According to the National Highway Traffic Safety Administration — 57 people were killed in drunk driving crashes on the holiday in 2019, that’s roughly one every 37 minutes.

"We’re not saying that you shouldn’t celebrate St. Patrick’s Day, and part of that is fun, to go and drink green beer,” said Maez. "You know, think about other people think about the impacts that could happen not only with your life, but with others and you would just never escape that. It’d be horrific.”

But NMDOT representatives say these ads are working in New Mexico, and they hope this new campaign keeps that trend going.

"It’s made a tremendous difference over the years. I mean, our rates of DWI have gone down dramatically over the last 10 years,” Maez said.

NMDOT representatives say the "Take A Ride On Us" program is keeping drunk drivers from getting behind the wheel. More than 26,000 rides have been used since it got started in 2018 and there’s another thousand on the table for this year’s St. Patrick’s Day.

Starting at noon on Thursday — use the code “green-22” to get up to $15 off two Uber rides. This is only for people in Bernalillo County and it is first come first served. 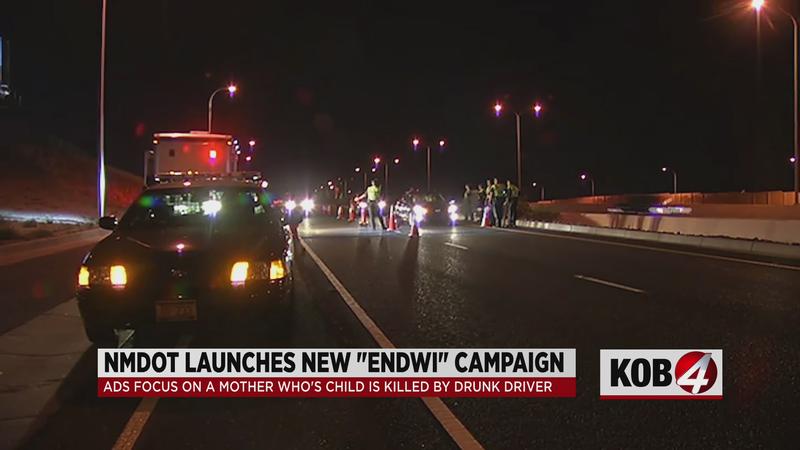