NMDOT pauses I-40 construction project ahead of holiday weekend

ALBUQUERQUE, N.M. — Good news if you’re planning on driving westbound on I-40 between Albuquerque and Grants – the New Mexico Department of Transportation is pausing a construction project that’s been stalling traffic for more than a week.

Westbound traffic is reduced to one lane, but Maez said soon that will not be an issue.

"The plan all along was actually to suspend for the holiday," Maez said. "So that was part of the original plan and for some reason that information was not conveyed as well as it should have been."

Work on the project will stop beginning Wednesday, Nov. 24. All lanes will be open until Monday, Nov. 29. 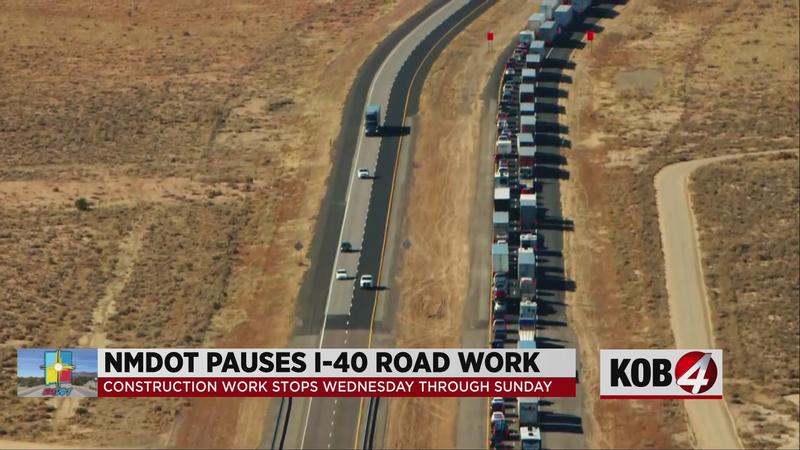 This is a relief for I-40 drivers who have had to suffer through long lines of traffic on the interstate lately. A giant backup was reported Sunday due to a crash and hazmat spill near Grants. One driver told KOB 4 the backup, west of Laguna, was about 30 miles long.

Maez said the road project would normally take three months, but NMDOT plans to get it done in one month to minimize future backups.

"The reason that we accelerated this project is because we wanted to try to minimize the impact to the public," Maez said.

According to NMDOT, work on the eastbound lanes of I-40 will begin on the same five-mile stretch once the westbound project is complete.