ALBUQUERQUE, N.M. – Slow down, pay attention. Those are the pleas from the state’s transportation department as it kicks off National Work Zone Awareness Week.

They hope drivers mind others on the road, so tragedy doesn’t strike their department again.

"I tell you what, I’ve been out there a couple of times next to these guys, it’s terrifying, it really is especially if you’re on I-25, I-40, or I-10, any of these where the speed limit can be 75, you know some people are going 80 sometimes 85, and they’re flying past you," said Marisa Maez, spokesperson for New Mexico Department of Transportation.

Maez says this week is all about using social media to get drivers to pay attention. This year’s theme is "work zones are a sign to slow down." The department was rocked by tragedy last December when transportation worker 58-year-old Mittie Runyan was killed in a work zone.

"Her crew was laying down some markers on the road and a big large truck came through and wasn’t paying attention and didn’t move over and slammed into her from the back of her vehicle and she was killed," said Maez.

The Federal Highway Administration reports in 2020 there were 857 work zone traffic deaths, a slight increase from 2019. Maez says we all have a responsibility to pay attention.

"Please take that time to recognize that you’re not the only person on the road,” she said. 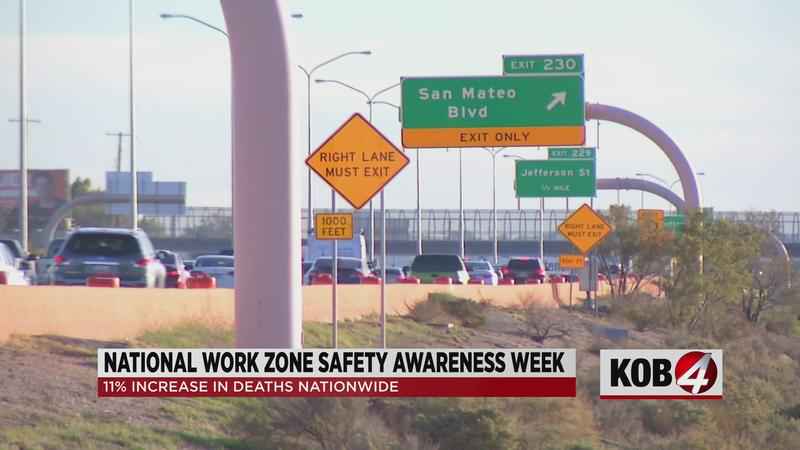