ROSWELL, N.M. — Most athletes train their whole lives in preparation for the Olympics but one local athlete is taking a different journey toward hopefully competing in the 2024 Paris Olympics.

"I was just thinking what I wanted to do with my life and I still wanted to be an athlete," Williamson said, "so I just kind of stumbled onto the decathlon."

The decathlon is ten events that are completed over two days. The winner of the decathlon earns the title, "World’s Greatest Athlete".

However, Williamson did not think of the title when aiming for the Tokyo Olympics. Rather, he thought of the athletes that he coaches at NMMI. 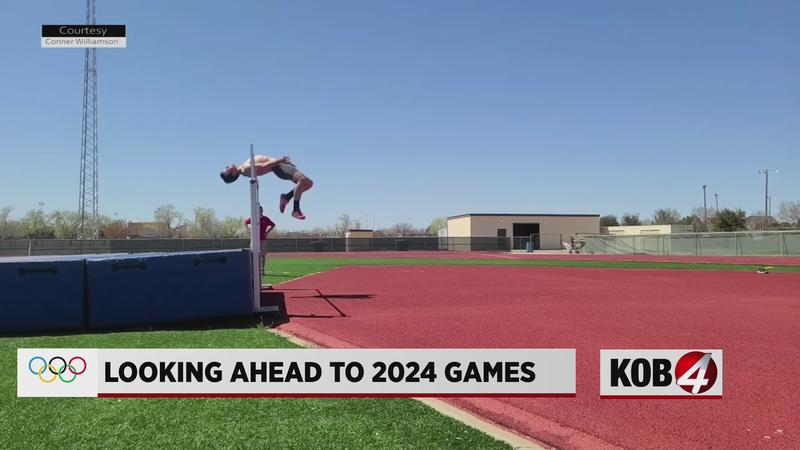 “I feel like I can impact some of these kids and that’s why I wanted to compete this year," Williamson said. "To just lead by example and it helps me learn the events even better.”

The athletes inspired Williamson to compete again and he wants to inspire them to chase their dreams.

Williamson missed the Olympic Trials by just 200 points. However, he does not consider himself to be just an "Olympic hopeful."

“To me that sounds like. ‘Oh if you’re just hoping for it, it’s kind of like a longshot,’ and even though it is a longshot, the trials are something that I feel is definitely within reach," Williamson said, "so I like to work toward what I think I can achieve.”

Williamson believes he can make the 2024 Olympics and offered words of wisdom for others trying to achieve their dreams.

“The thing that most people can learn is that whatever it is you want you just got to start working for it," Williamson said. "Wherever you are, just start and you never know where you’re going to get."