FLOYD, N.M. – A suspension against the Floyd Municipal Schools board has been dismissed. A hearing on whether to reinstitute the board was set for Monday, but the New Mexico Public Education Department settled the case last week.

The story starts in August of 2021, the school year was just beginning – and the board of Floyd Municipal Schools voted to defy the state’s Public Education Department. They attempted to make masks and social distancing optional in schools.

"If anyone feels safer with a mask we have, no one, we have no objections to them wearing masks. If anyone has a fear of what we are doing, we will make the accommodations," said Floyd Municipal School President Leon Nall.

Board members said they were doing what was right for their rural district and they seemed to have the backing of their community.

"I don’t like the government overreach. As far as the school board goes, I stand firm with them. I said it in an open meeting two times. I agree 100% with their decision," said Adam Burns, a Floyd Municipal School parent.

But the board didn’t have was the backing of the NMPED. The department’s secretary at that time, Ryan Stewart, suspended the five-member board.

"We never want to suspend a school board. That’s not the relationship that we want to have," said Stewart. "It’s incumbent upon us to lead here and step in and say, ‘We have to create safe environments for our kids.’"

Stewart would resign just a couple of weeks later, but the suspension remained in place.

Three of the suspended board members were up for election in November. Jeff Essary lost his seat to Kenneth Reed. Charlsea Lee was re-elected with 65% of the vote, as was Vicki Banister, who ran unopposed.

According to court documents, suspended board members Nall and Ryan Bollema resigned from the board on Jan.6. The documents state because a new board has been elected – the suspension is now moot.

Both NMPED and the suspended board members have agreed to pay their own attorney fees. 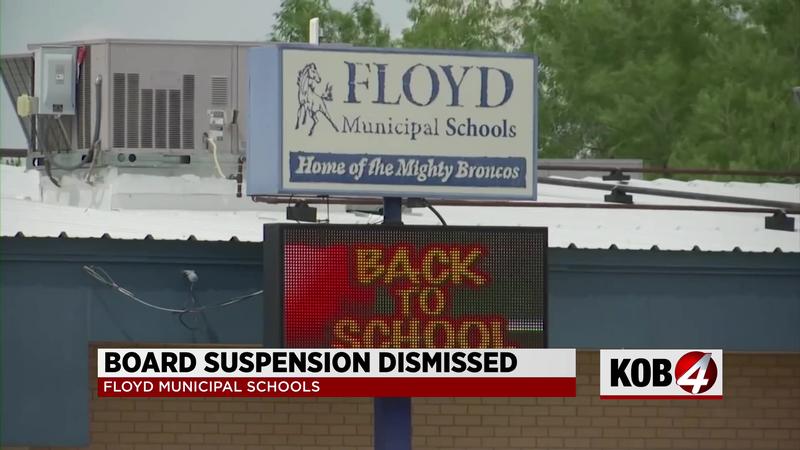