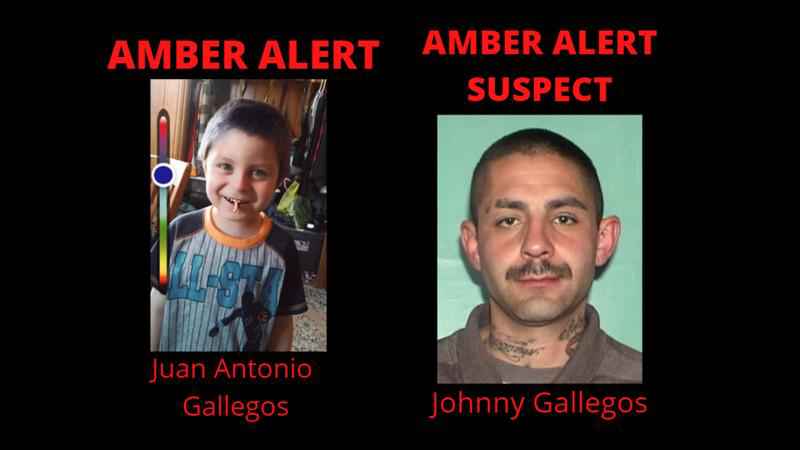 ALBUQUERQUE, N.M. — A five-year-old boy has been found safe after an Amber Alert was issued Monday morning.

An Amber Alert was issued for Juan Antonio Gallegos after he was reportedly abducted from his home at the Casa De Herrera Trailer Park in Pecos, New Mexico, at around 4 a.m. Monday.

Police said he was believed to be in danger if not found.

According to the initial press release, he was abducted by his father, Johnny Joe Gallegos, 39, of Pecos. State police said Johnny has no custodial rights to Juan.

State police said Johnny was with two unknown men when he kicked in the door and abducted Juan.

Just before 9 a.m., authorities said Juan had been located and is safe. Information is limited at this time.