RUIDOSO, N.M. — New Mexico State Police is investigating the death of an elderly couple who tried Tuesday to evacuate the McBride Fire.

The couple was found Wednesday at their Ruidoso residence on Gavilan Canyon Road.

Firefighters reportedly responded to a structure fire, believed to be at the residence, around 2:30 p.m. Tuesday. However, police were notified by family in the evening that the couple tried to evacuate but were unaccounted for.

In a coordinated effort with police, State Police and the Bonita Volunteer Fire Department, they investigated and found the remains of an elderly couple at the Gavilan Canyon Road home.

State Police is working with the medical investigator’s office to find out the identities of the two individuals. Once positively identified, they will notify next-of-kin and then release the identities. 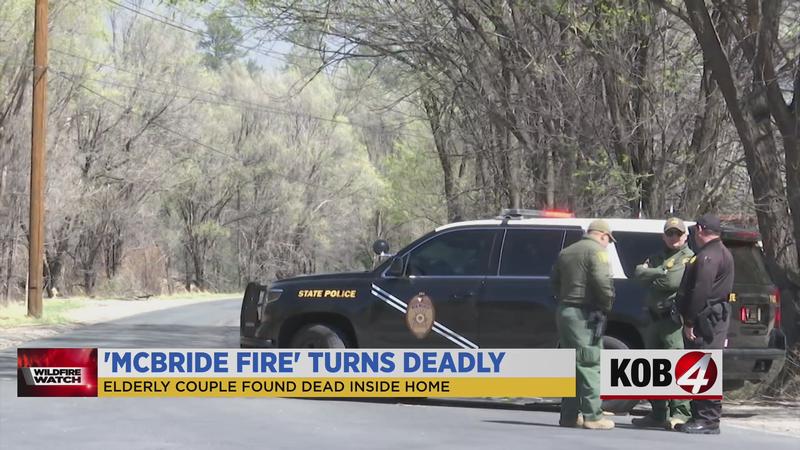 The New Mexico State Fire Marshal’s Office, the Village of Ruidoso and the U.S. Forest Service are assisting State Police in the active and ongoing investigation.