DEMING, N.M.- New Mexico State Police identified the officer who was killed during a traffic stop Thursday as 28-year-old Darian Jarrott, a father of three children with another on the way.

Cueva drove off, but other NMSP officers were able to locate him and pursue him on Interstate 10. Police got Cueva’s vehicle to stop after using a PIT maneuver near Las Cruces.

Thornton said Cueva got out of his vehicle with a firearm and a shootout ensued. Cueva was struck at least one time, and died. 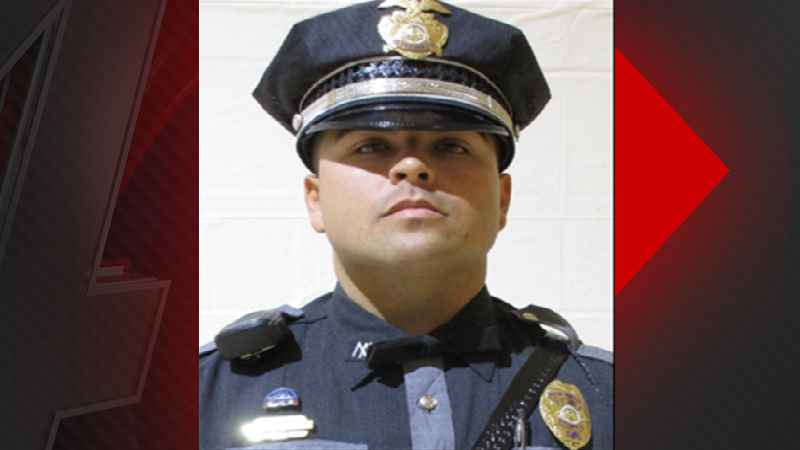 A Las Cruces police officer was also shot, but was released from the hospital Thursday night.

“Homeland Security Investigations (HSI) extends its deepest condolences to our law enforcement partners at the New Mexico State Police for the tragic loss in the line of duty of Officer Darian Jarrott. We grieve along with the rest of our law enforcement community for this heroic officer who lost his life serving his state and protecting his community. His family, friends and co-workers are in our thoughts and prayers,” said Erik P. Breitzke, special agent in charge of HSI El Paso. “The community should also be thankful and proud of the courageous Las Cruces Police Department officer who was injured in Thursday’s shooting incident.”