ALBUQUERQUE, N.M.- New Mexico State Police release new information Friday about how an officer was killed in the line of duty.

Omar Felix Cueva, 39, was in the vehicle. After asking for his identification, police said Cueva got out of the vehicle with an AR-15-style rifle and shot at Jarrott as he was walking to the rear of the vehicle.

An investigation determined Jarrott ducked and fell onto his back. Cueva then reportedly ran around the back of the pickup and fired several more shots, killing Jarrott.

In an apparent effort to make sure Jarrott was dead, police said Cueva ran toward the front of the truck and shot Jarrott point-blank in the back of the head. 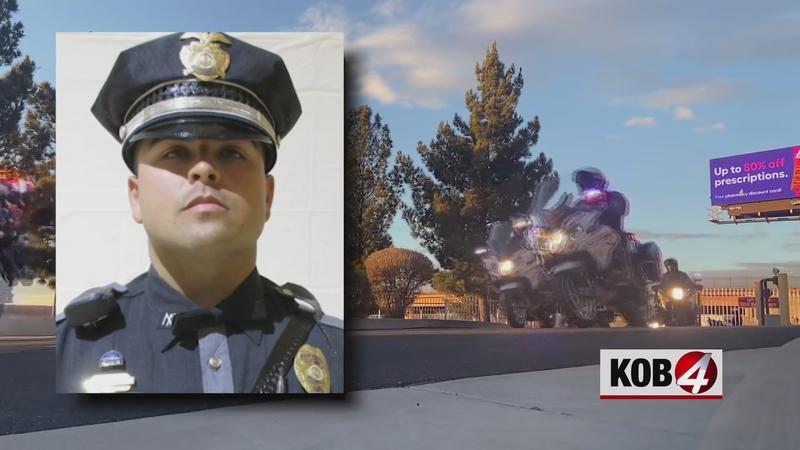 A Homeland Security Investigations agent found Jarrott and notified New Mexico State Police dispatch that an officer was down.

Police said Cueva pulled over and fired at the officers. They returned fire, but Cueva managed to continue traveling on I-10.

After his vehicle’s tires were deflated and police performed a PIT maneuver, Cueva got out of the pickup. Police say he shot multiple rounds towards officers and deputies.

Las Cruces Police Officer Adrian De La Garza was struck by gunfire and was airlifted to a trauma hospital in Texas where he was treated and released.