TORRANCE COUNTY, N.M. – New Mexico State Police on Wednesday identified a man shot and killed by authorities during a Sept. 6 armed standoff and hostage situation at his Moriarty home.

Cimmaron Christy, 46, was shot and killed after shooting at and making threats toward officers during a domestic violence call that turned into a standoff and brief hostage situation.

NMSP officers and Torrance County Sheriff’s Office deputies – at around 9:54 p.m., Sept. 6 – responded to 23 Short St. in Moriarity. Authorities arrived and immediately called for backup after Christy fired multiple shots from the home where he was holding his wife. TCSO deputies – from a safe distance – successfully negotiated for Christy to release his wife. However, Christy did not surrender as backup from the NMSP Crisis Negotiations Team, the NMSP Tactical Team and the APD SWAT Team arrived.

Christy fired multiple shots at the officers as he exited from the northwest side of the home. NMSP attempted to negotiate a peaceful surrender but Christy continued to be armed with a gun. After threatening to shoot at his neighbors with his gun, an APD SWAT officer shot Christy, who suffered fatal injuries and died at the scene.

No deputies or officers were injured during the incident. The incident remains under NMSP investigation. 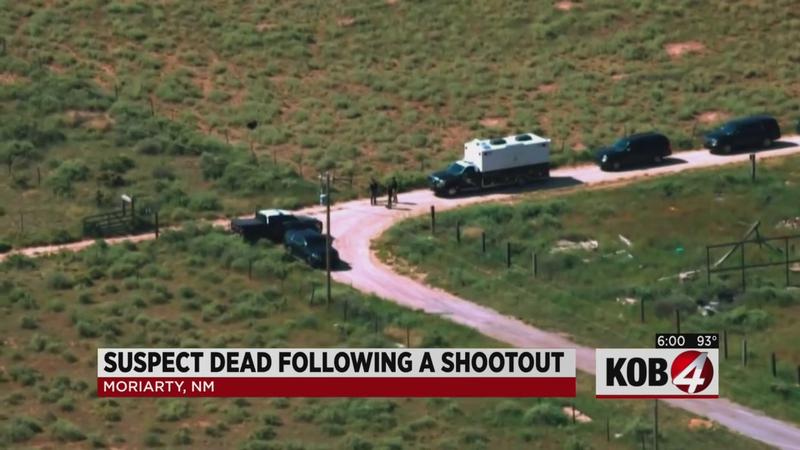