New Mexico State Police said the TCSO and Mountainair Police Department responded to a 911 call at the Rock Motel in Mountainair at around 2 a.m. The caller, later identified as 28-year-old Joshua Francis of Oklahoma, told dispatch that he was holding a woman hostage, wanted officers to kill him and that he would kill officers.

When deputies arrived at the motel, they found a 28-year-old woman from Oklahoma lying on the ground in front of one of the motel rooms, uninjured. Deputies reportedly saw a silver Chevrolet pick-up truck leaving the scene, which they attempted to stop. The truck fled and a high-speed pursuit began.

After multiple attempts to stop Francis, deputies attempted a PIT maneuver at the intersection of State Road 47 and South Bosque Loop. Francis then reportedly attempted to ram into a deputies’ vehicle, prompting a TCSO Sheriff sergeant and deputy to open fire on Francis.

Francis was struck by gunfire and taken to an area hospital in Albuquerque, where he is believed to have non-life-threatening injuries. Police said deputies are OK and uninjured. 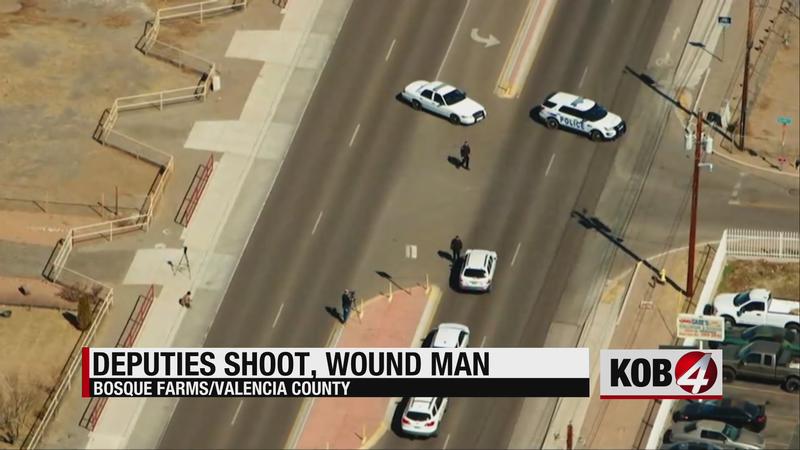 The investigation into the shooting is ongoing.