According to Albuquerque police, officers were dispatched to Cabela’s in reference to a shooting Friday evening.

An off-duty New Mexico State Police officer shot a suspect in the parking lot of the sporting goods store.

Police say Velasquez was trying to steal boxes of ammunition, and fired a shot in the parking lot before he was shot by an off-duty state police officer.

According to court documents, Montoya says he drove away because he didn’t want his car being hit by gunfire.

Police said the suspect was transported to UNMH, where they are listed in critical condition.

Off-duty NMSP officer involved in shooting at Cabela’s located on Lang Avenue in Albuquerque. Officer okay and suspect is injured. No customers were injured. Scene is very active. More information will be released via press release. pic.twitter.com/SHl3GFwkhn 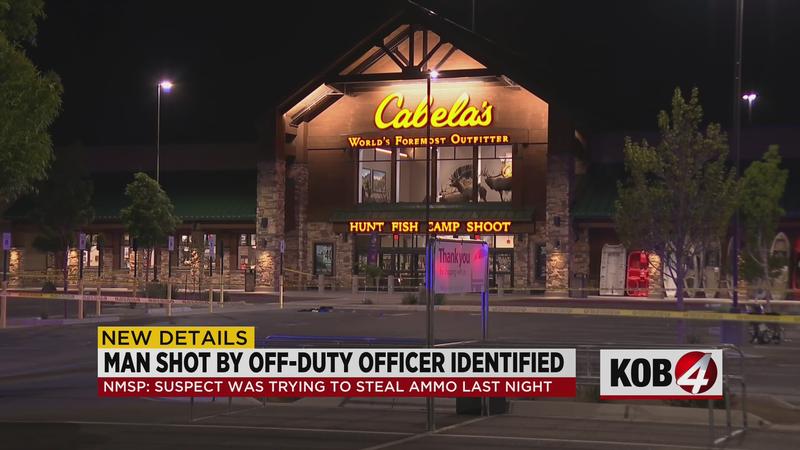