More than half of NMSU’s points came from beyond the arc in the form of 12 three-pointers.

Head coach Chris Jans expects those three players to continue to lead the Aggies for the rest of the season.

"Those are three guys that I think anyone that follows us— a fan or a media member, etc.— expect those guys to be mainstays in what we do so it was nice to see all three of them have good games in their own right." 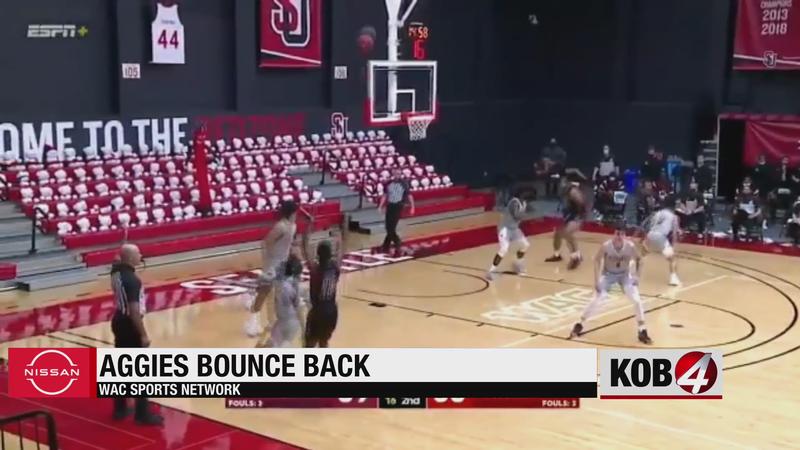