Kubchandani has been studying vaccine hesitancy for months now and he wants to figure out what will to convince more people to get the vaccine.

"That’s a given that vaccinations are influenced by race, education and political affiliation, but beyond that there could be other factors,” said Kubchandani.

Recent surveys found about the same number of Democrats and Republicans have already been vaccinated, and roughly the same number don’t plan on it. It’s a similar story for men and women, college and high school graduates, employed and unemployed, and so on.

But then a breakthrough.

"We found those that have someone in the household, neighborhood, family or friends infected and died, were more likely to accept a vaccine,” Kubchandani said.

He said there was a 30% jump in the number of people who got vaccinated after someone close to them got the virus.

"It’s also unfortunate that we have to wait for someone in the neighborhood to die, or among family and friend to died, before we accept a vaccine,” said Kubchandani.

It’s not a surprising conclusion — but he hopes it will encourage health leaders to change their narrative around vaccines.

"So the message, based on our studies, not only emphasize on the vaccines, but also talk about the dangers of not having the vaccination and what does COVID actually cause to people,” said Kubchandani. "There are bigger factors beyond the demographics, like are you really concerned about getting infected? Could you be infected? Is someone in the household infected? And you know, those are the things that we also have to talk about, tell people how much they’re at risk." 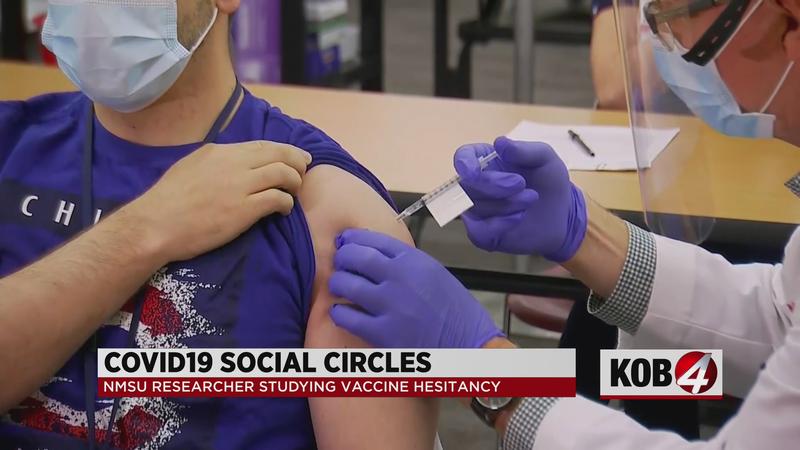