In addition to all the logistical and practical challenges, the students had to make sure they were complying with COVID-safe protocols.

"They can only film with people that they live with under the same roof," explained Ilana Lapid, a Creative media Institute professor. "They can only film in their homes or in their backyards, and they can collaborate creatively with other team members through FaceTime, Zoom, Skype digitally."

But for this group of filmmakers, they found those limitations freeing. 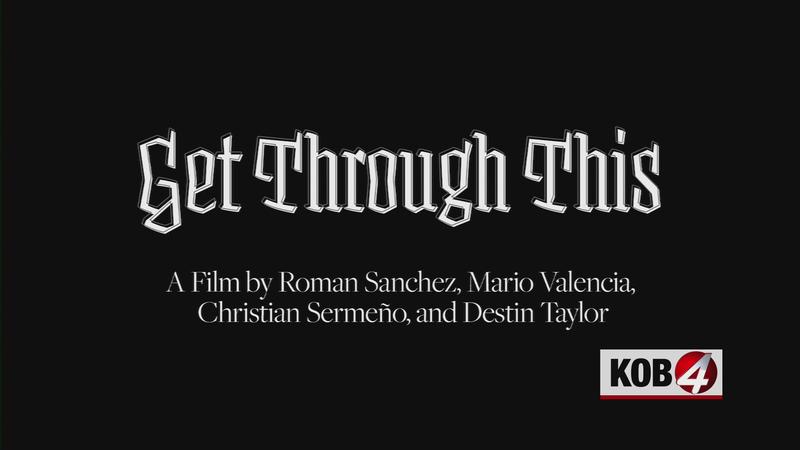 "As a film student, like you always have to be on top of your feet when it comes to problem-solving. And although the pandemic may seem like this big hindrance, really it kind of like helped us learn and grow in a different way by helping us become better problem solvers," said Christian Sermeno.

Now dozens of other creatives will have that same opportunity

"It’s really exciting to see what can be possible under such constraints and limitations as far as creative ingenuity and collaboration," said Lapid.

More than 50 teams have signed up for the competition as part of the Las Cruces International Film Festival. The virtual aspect actually allowed more teams to get involved.

"Right now it’s about hope like we need hope," said Mario Valencia. "People want those nice messages to get them through the to the pandemic. And then whenever COVID’s out, hopefully pretty soon, it’s gonna be like freedom like we are able to do all the stuff we used to do before. And then it’s going to be a whole new world again."

But until then, they hope you’ll enjoy their story about a man named Daniel and his new relationship.

"No spoilers. But at the end, they truly form on a kind of like an invisible bond with each other," said Valencia.

"I really wanted to spread a message of positivity, that being, we will get through this," said Sanchez.