ALBUQUERQUE, N.M.- No one was ever fined in New Mexico for ignoring the 14-day out-of-state mandatory quarantine order.

For months, the state required people traveling from out of state to quarantine, in an effort to slow the spread of COVID-19.

"It was just really tough, we were stretched thin enough with the just businesses and the mass gatherings," said NMSP Chief Robert Thornton.

While no one was cited, New Mexico State Police did receive reports of people breaking the rules. However, enforcement was rarely an option. 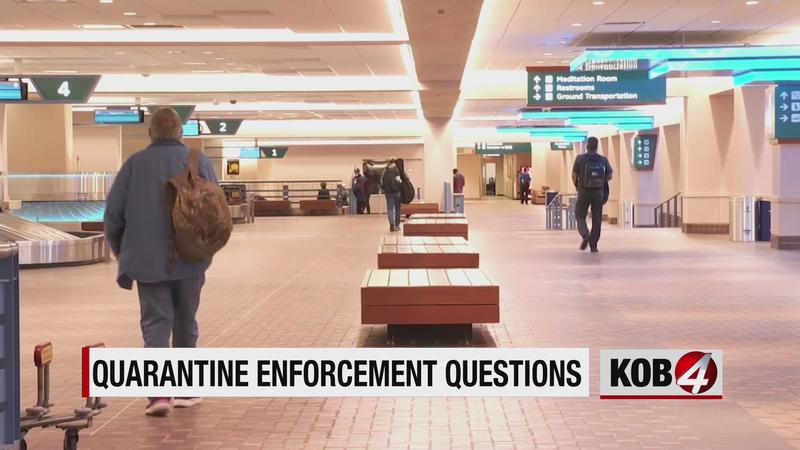 "It was really tough for us to prove and to have officers respond to those specific calls," Thornton said.

The New Mexico Department of Health said it forcibly quarantined COVID-positive people who endangered the public, but did not specify how many people required that enforcement.

"You know, we struggled to find a way to measure effectiveness of quarantine," he said.