ALBUQUERQUE, N.M. – On Wednesday, for the first time ever, the New Mexico Supreme Court intervened after a suspect was let go with just an ankle monitor.

However, it stemmed from a technicality. The court ordered a pretrial hearing after the suspect never got one in time.

The suspect in this case, Jerome Gutierrez, is accused of domestic violence and murder. It was up to a judge to decide if he was dangerous enough to stay behind bars until trial. The hearing wrapped up Thursday afternoon, and the judge said she needs more time to consider some of the evidence.

The state described the victim’s injuries in detail, saying Gutierrez is absolutely a danger to the community. The defense not only disagreed but claimed Gutierrez is innocent.

Gutierrez is accused of murdering his wife Kristy Rivera in a domestic violence dispute in May. According to documents, law enforcement responded to this home just days before she wound up in the hospital. 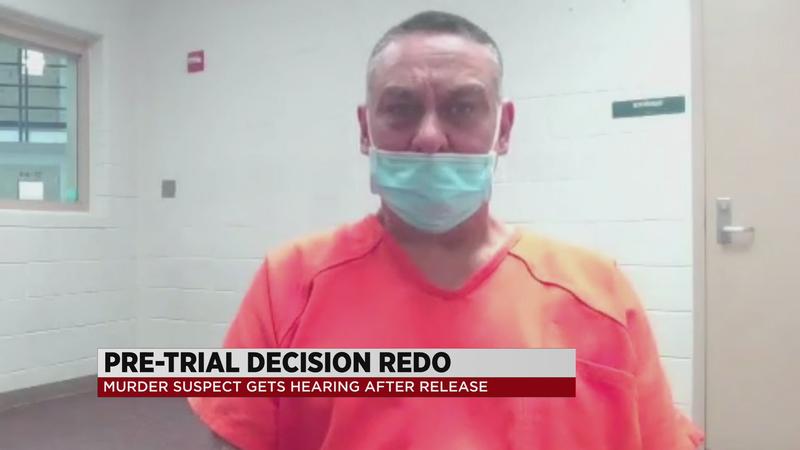 “He did beat her so badly that she died,” said Jordan Machin, a prosecutor with the state. “If he’s willing to do that in front of his own child, I don’t know how the court could fashion conditions of release that would reasonably, number one, protect his own child.”

On Thursday, the state asked Judge Cindy Leos to hold Gutierrez. According to court documents, he admitted to hitting her, pulling a gun on her and strangling her. Machin said their daughter even told deputies it was the first time they’ve fought.

“’Mom and dad fight with their bodies’ and it makes her scared,” said Machin.

“We’re going to have a second injustice if we continue the path for prosecuting this man,” said Ahmad Assed. “This man is innocent, judge.”

Assed pointed to witness testimony and medical evidence that the victim abused alcohol- – that not only caused her to hurt herself sometimes, but also caused her to have medical conditions.

In addition, Assed said Gutierrez has been out of jail and has complied with conditions of release already. He also pointed to his interrogation interview with deputies to counter claims of a voluntary admission.

“I would love to make a decision in this case today,” Judge Leos said. “Trust me, it’s been a long time coming.”

Leos said she plans to watch the six-hour interrogation interview between deputies and Gutierrez before making a decision.